Are you addicted to the noise of the world? Here’s one simple solution 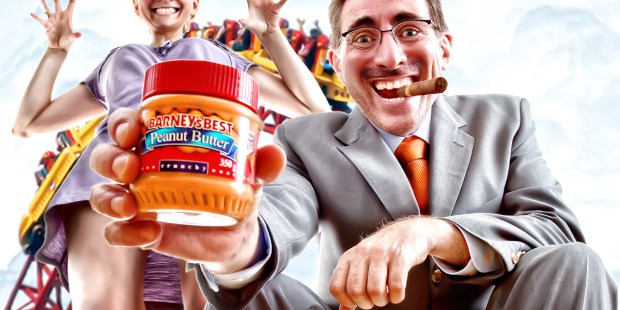 Whether you only have five minutes or an hour, sitting in adoration in front of the Eucharist brings peace.

“No dictatorship can do anything against a silent man. You cannot steal a man’s silence from him.”

So says Ghana’s Cardinal Robert Sarah in his book, The Strength of Silence: Against the Dictatorship of Noise.

I once had a friend who avoided silence at all costs. As soon as he entered a room, he’d turn something on. I eventually realized he was afraid — afraid to be alone with nothing to hear but his own thoughts.

At times I’ve seen the same tendency in myself — to tune out with the constant flow of media.  It makes it a lot easier to keep my head from thinking about the important things … or to pray about them.

I can zombie through an episode of “Hoarding: Buried Alive” or “Antiques Roadshow” as if I have all the time in the world, and convince myself I’m not really missing anything.

It’s true that there’s nothing wrong with a little relaxation. We need it. But if we’re not letting ourselves detach from the world and keep God in focus, we can easily create a distance or barrier to inspirations from God. He tells us He never forces Himself in. He stands and knocks. It’s up to us to open the door.

Cardinal Sarah claims that noise “has become like a drug on which our contemporaries are dependent.”

“With its festive appearance, noise is a whirlwind that avoids looking oneself in the face and confronting the interior emptiness. It is a diabolical lie. The awakening can only be brutal.”

I’ve found that my weekly time of Eucharistic Adoration keeps me anchored in silence.

For a long time I’d noticed that a parish near me had adoration of the Eucharist all day every Friday, but I had never gone. I went for the first time about two years ago, figuring it could lead to an occasional thing at most.

At first what I experienced was so different simply because I’d never been to church before when there wasn’t a Mass going on. With adoration, there’s no readings, no sermon, no music (no collection!).  Just that pretty golden display case, called a monstrance, with the Eucharist on the altar. People in quiet prayer. Peaceful.

Soon I found that I wanted to go back.  It wasn’t long before I began going every Friday, even when I had only 15 or 20 minutes to dart in. I was surprised by the range of people drawn to adoration. I expected elderly women. They were there; but I also found young couples, businessmen in suits, guys with earrings and tattoos, teenagers. Some stop in for five minutes. Others stay an hour. All drawn to Christ in simple adoration.

What Cardinal Sarah advises is not another program of reform, but to rediscover the sense of God by approaching Him in silence, the only way that God can be approached.

Now I look forward to Fridays.