In praise of mothers, whether blessed with children, or not! 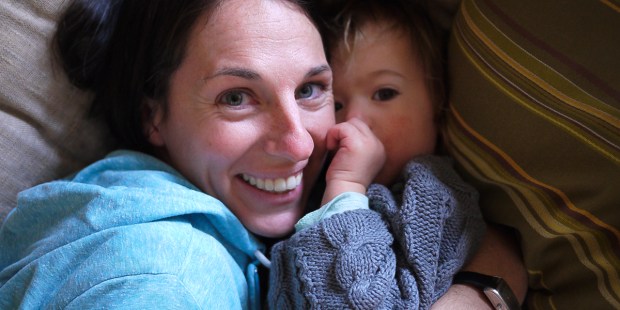 Women bring their internal gift of nurturing with them, wherever they go

Motherhood is in the air this week.

Today is the Day of Protection of the Unborn in the Church; the day of protection for motherhood. Last week was the Women’s March on Washington, where discussion of motherhood was notably absent from the official statement, though many mothers and children marched. And later this week is the March for Life where motherhood and missed motherhood are at the center of discussion.

Much has been made of the lack of appreciation for masculine virtues in our time. That’s true. But maternal virtues are just as important to recognize and appreciate.

I can’t help but recognize and appreciate them: I live with a mother of nine.

April is in the most difficult phase of her motherhood. The “I only have little kids” phase was really hard, but she was younger then and that phase was quickly followed by the “I have big kids who help a lot with everything” phase. Now, she’s in a phase that big families eventually get to: the “I have little kids at home and my helpers are moving to college and getting married” phase. And that turns out to be the hardest of all.

So, to help her keep her chin up, her nine children and I decided to give her a book of memories for her December birthday. We collected photos and wrote down everyone’s favorite memories of mom. The memories were beautiful and hilarious, but as I organized them into a book I noticed they naturally fell into different categories.

The categories speak well of April, but also say something about motherhood in general: “Mom Spends Time With Us,” “Mom Teaches Us to Pray,” “Mom Knows How to Party,” “Mom Is Strong,” “Mom Is Funny,” “Mom Makes Things Special,” “Mom Is Incredibly Generous,” and my favorite: “Mom Makes You a Better Person.”

Isn’t that what all mothers do? And isn’t that what is best about women? April says all women are called to motherhood, it’s just that some are blessed with children.

I don’t know if that sounds demeaning or not. I know it shouldn’t. She is paraphrasing John Paul II (see No. 21 here). We have probably grown used to thinking of the adjective “maternal” in terms of its weaknesses instead of its strengths. In her book Momnipotent, Danielle Bean lists the connections between both.

Throughout my professional life, I have certainly found that to be the case. My first editor at a secular publication was a woman, and my editors at the National Catholic Register and Aleteia are women now. I think it is true that women have transformed the workplace, and business relationships, into something more human and humane, precisely because of the virtues that it should be no slight to call “maternal.”

Not only has femininity given us better workers; working moms have given us some of the most consequential Catholics of our day. The great figures of the 20th-century Church were raised by working moms: John Paul’s mom was a schoolteacher; Cardinal Ratzinger’s mom was a baker; St. Thérèse’s mom was a lacemaker, and Fulton Sheen’s mom was a farm mom — just like Padre Pio’s and St. John XXIII’s.

So, in this consequential week of focus on women, I praise motherhood and maternal virtues.

I praise the women in my workplace who help me – or force me against my will – to make everything more welcoming, warm and humane, and therefore more productive and effective.

But most of all I praise the woman in my home who has spent herself making us all so much better than we ever could have been without her.