Virtual Reality: Let’s be real about the dangers, and the benefits, say experts 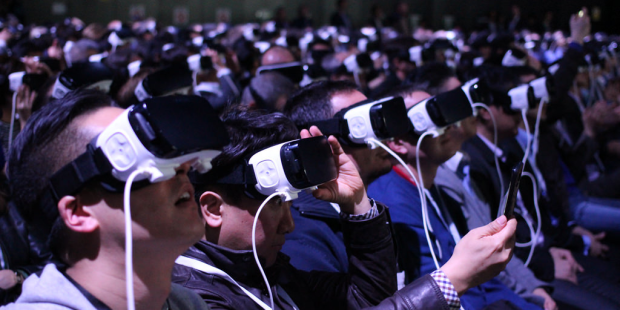 The potential for VR is great for entertainment and even for therapy, but for evil as well

As with any new technology that seems to offer so many benefits, it’s wise to slow down and look at the reality of Virtual Reality.

VR technology is becoming more and more accessible to the masses—primarily for entertainment, but also for therapeutic and educational purposes. And, alas, for dark uses as well.

Aleteia is looking at VR with a critical eye and examining the positives and negatives to this latest trend in entertainment.

“Facebook’s investment in the VR company Oculus Rift has moved virtual reality closer to the mainstream,”said Brett Robinson, author of Appletopia: Media Technology and the Religious Imagination of Steve Jobs. “With the release of products like Google Cardboard it’s become increasingly easy to access a VR experience, even with a smartphone.”

Much research has warned of the negative and addictive behaviors associated with too much screen time—video gaming in particular, Robinson said. “Let kids explore it, but be conscious of the balance of their activities,” he advises parents:

One of the great losses of this generation has been the disconnect with nature. They are so immersed in these cultural technologies from such an early age that the natural world appears dull and disenchanted. Children need time to explore the world as it is—not as it can be rendered on a screen. It makes it very difficult for them to understand their own nature and identity if they are disconnected from nature by being immersed in imaginary environments.

But Robinson insists he’s “not all doom and gloom” and that the infinite capability that digital technology provides offers mankind a “vast store of memory for cultural creation and re-creation.”

“It’s a time not unlike the Renaissance when the classical sources were rediscovered and put to use in art and politics and culture—leading to a resurgence in Christian humanism,” said Robinson, who is communications director at Notre Dame’s McGrath Institute for Church Life.

Likewise, Eugene Gan, author of Infinite Bandwidth: Encountering Christ in the Media, focuses on the positive potential of VR, and all other digital technology. “There is a beauty to VR, and that is why it attracts people,” the Franciscan University at Steubenville professor said.

Gan advises parents to experience VR with their children, “rather than proselytize and pontificate” about the dangers. “Be there with them and then go through a Socratic method, as it were, of talking through as to why, what’s the need that’s being met? And then through that, a lot more of that communication and understanding will be developed between child and parent, because it’s no longer a parent who stands aloof, it’s a parent who stands there with them.”

If parents find the VR use is leading in an unhealthy direction for their kids, he suggested, it’s time to “walk with them and lead them to this more exciting, more engaging and more beautiful experience.”

Gan warns that the more our technological advances take us away from God, “the more depression, the more sadness, the more unhealthy habits that are being adopted, just fill in the gaps”: addiction in all its forms to other things that will not satisfy.

But there are also therapeutic uses with great potential, including the possibility to treat veterans with post-traumatic stress disorder. “They are finding that by replaying the scenarios that soldiers experienced in battle they are able to help those with PTSD by letting them safely confront the moments that were most frightening or traumatic in a virtual setting,” Robinson said.