The secret hero of ‘Silence’ 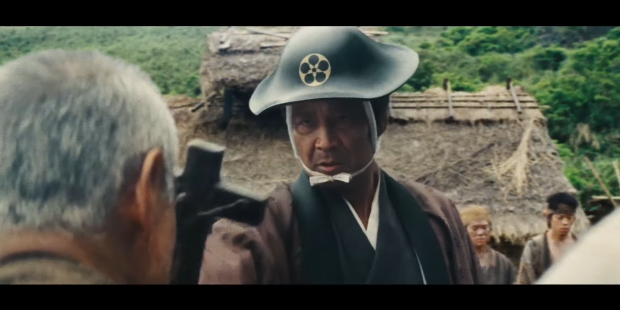 Who would you rather be? Rodrigues or Kichijiro?

Meg Hunter-Kilmer, in a lovely meditation on the film Silence, asks a simple question: Who would you rather be on Judgment Day: Rodrigues or Kichijiro?

Rodrigues is a well-educated priest who takes on a dangerous mission to Japan during the height of persecution of Christians by the government. Kichijiro is his Japanese guide, a cowardly drunkard who repeatedly denies even being a Christian and betrays Rodrigues to the Japanese authorities—only to crawl, pathetically, to Rodrigues in prison and beg to confess his sin. The answer to Hunter-Kilmer’s question is obvious. We should much rather be Kichijiro.

Rodrigues is the protagonist of Silence, on page and screen. It is he who, in the story’s most famous and controversial scene, denies Christ by stepping on an image of Him (a fumie) to save Christian peasants from torture. Rodrigues believes that his apostasy was necessary. So, it seems, does the director of Silence, Martin Scorsese, based on his foreword to a new edition of the novel. Scorsese sees Rodrigues as a Judas figure, but he lauds Judas as a necessary part of Christianity. The fallen disciple, in Scorsese’s eyes, is the patron saint of change and adaptability, just what the Church needs in our fast-paced modern world.

But I’m not so sure Scorsese is reading Silence correctly. The author of the novel was a Japanese Catholic named Shusaku Endo, who wrote a number of other novels and plays about the trials of Christian faith in Japan. Endo’s oeuvre of anguished apostates, fallen-away Catholics, and struggling faithful suggests a different reading than Scorsese’s: it could be that it is we who need to adapt and be changed by the Church. He wrote the book, after all, among the Japanese Christians who can trace their faith back to that underground community which preserved through the persecutions described in Silence.

Scorsese wants Rodrigues to be a heroic Judas. But it is Kichijiro who is most strongly associated with Judas—and he does what the biblical Judas failed to do: repent. Rodrigues pegs Kichijiro as a potential Judas from almost the first moment he meets him. And Kichijiro is indeed a weak and cowardly man, one who repeatedly apostatizes and repeatedly begs for absolution. When he sells out the priest (for three hundred pieces of silver), Rodrigues feels little anger towards him—only contempt. He asks, “Could it be possible that Christ loved and searched after this dirtiest of men? In evil there remained that strength and beauty of evil; but this Kichijiro was not even worthy to be called evil.” Rodrigues casts himself as Jesus and Kichijiro as Judas, and revels in the self-righteous comparison (repeating “What thou dost, do quickly” in his mind) even as he is imprisoned and interrogated.

Judas hanged himself after betraying Jesus. Kichijiro turns himself in to be locked up with Rodrigues. The other imprisoned Christians shun Kichijiro, huddling in one corner of a cell to leave him isolated in the other. He is a sinner who has lost the trust of his brethren and must ask absolution from the very priest he double-crossed. And yet he has not despaired. He dares to believe God’s promises that He can forgive even him.

After his apostasy, Rodrigues sees a new kinship with Kichijiro. He defies his presumed defrocking and offers one last absolution to Kichijiro, this time not with contempt (for he has now played the part of Judas himself). Rodrigues treats his encounter with the fumie as a decisive turning point in his whole life and ministry, like Judas’s crime that lead him to seek annihilation rather than forgiveness. It is Kichijiro who comes closer to the orthodox narrative of a Catholic life—not one grand fall but innumerable petty ones, followed by begging for God’s mercy. He complains again and again that he is too weak to be a good Christian during an era of persecution, but he keeps stumbling back towards Christ, asking for absolution after each betrayal. Like Judas, all the story’s major Christians go astray, but it is the miserable Kichijiro who seeks grace afterward, like Peter.

This Catholic conception of sin followed by repentance is absent from Scorsese’s foreword, which is all about certainty and doubt (and comes out mostly in favor of doubt)—questions of mind rather than soul.

Rodrigues treats his apostasy as a grave step—which it is—and as an irrevocable turning point—which it doesn’t have to be! Stepping on the fumie was a first step into a life of daily betrayals and renunciations, which the ex-priest justifies to himself by imagining Christ telling him “Just as I told you to step on the plaque, so I told Judas to do what he was going to do. For Judas was in anguish as you are now.” But instead of these fantasies, Rodrigues could look to his penitent betrayer for a truer image of the Christian response to apostasy.

Kichijiro, though he falls again and again, always acknowledges his sin. His purpose of amendment seems sincere even if his courage is cowed. He is the “dirtiest of men,” but he is called by Christ to be a saint and he tries to respond to that call, despite his shame and fear and conviction of his own unworthiness. His hunger for confession should inspire us all, as it did the blogger Catherine Addington. On Judgment Day we should hope to be like this Japanese Judas, who comes back to kiss in adoration what he once kissed in betrayal. Kichijiro, indeed, does not have the “strength and beauty of evil,” only the hope that God can enkindle in those the world regards as lost.