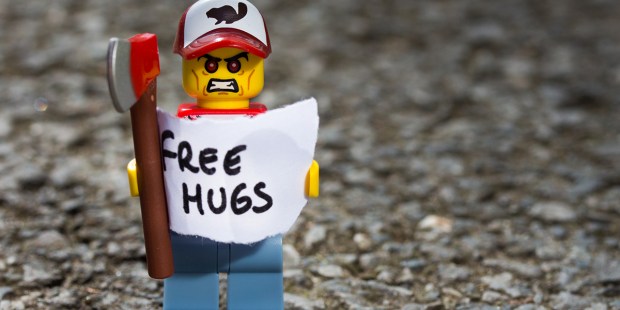 The visits I had with that poor man in hospice—I’ll call him ‘Ed’—when I was just a young Jesuit rattled me then and still sometimes unsettle me now. I’ve heard a lot of talk among Christians about hope, and Ed’s pain and questions made that talk look cheap.

At their most scandalous, Christian words about hope come from comfortable and safe Christians. They offer a combination of wishful thinking and witless presumption. They assume and expect that the fat of life that they’re enjoying right now will continue into tomorrow and beyond… because… Because why? They don’t quite come out and say it, but it seems to me that they expect to go on living large because God is good and so are they. I can’t read their souls, of course, but I can’t help but wonder whether such people ever read the Book of Job. So, in this sense, Ed was right. If hope is merely an unjustified confidence that good times will continue indefinitely, then hope is a waste of energy. Worse than that, it sets us up for a terrible disappointment when the good times end—and they always do. Worst of all, such false hopes, when based on the illusion of “God blesses me because I’ve earned my blessings,” blind us to our constant need for penance and conversion.

Ed also warned me against a combination of ignorance and desperation masquerading as hope. “Who plays the lottery? Poor folk who can’t do math!” He reminded me that it’s not just governments who so exploit the poor. “What about all those parishes who had more gamblers come to play Bingo on Friday nights than worshipers came to Mass on Sunday morning?” (Do parishes still host Bingo?)

Christian hope combines the “already” and the “not-yet.” Christian hope declares: “Already, God calls me to perfect and lasting joy in Heaven; I’ve not yet fulfilled my calling, but I’ve chosen to make myself available to that good, and I’m on the way.”

Christian hope is a choice to make oneself available to the perfect good of Heaven, to set out as a pilgrim, doing all that is required to cooperate with the graces necessary to attain all that God has promised. It avoids the presumptuous folly of wishful thinking, because Christians know that although God is inevitably faithful, we are not. It also avoids the presumptuous folly of despair, because Christians know that God’s goodness extends beyond what we can imagine.

In other words, Christian hope is rooted in magnanimity—the aspiration of the soul towards what is great. (And what is greater than eternal union with God?) Josef Pieper wrote that, “A person is magnanimous when he has the courage to seek what is great and becomes worthy of it.” Of course, we can become “worthy” of Heaven only by receiving it rightly as a gift of God. Receiving the gift of Heaven rightly is the work of hope.

It’s getting harder to rely on wishful thinking. We can’t easily shield ourselves from the tragedies and pains of this world. At the same time, it is becoming easier to be won over to despair. Human wickedness and the mad pace of our modern world seem to have set life on a crash course. Amidst this storm, Christian hope sets its heart on the good that the world cannot offer, and the God who offers it, and steps forward.

When I write next, I will offer a meditation on fear. Until then, let’s keep each other in prayer.