A new Guinness brewery will open in Maryland 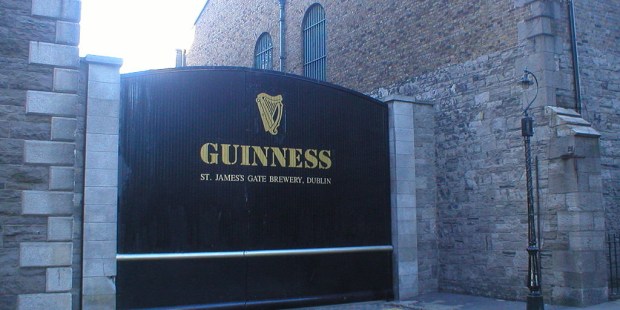 By Gvjekoslav at English Wikipedia - Own work by the original uploader, Public Domain, https://commons.wikimedia.org/w/index.php?curid=42528732
Share
Print
Daniel Esparza - published on 02/02/17

Soon, Americans will have their own Open Gate Brewery “visitor experience”

Diageo, the owners of the one that might easily be the most famous –and beloved- stout in the world –that is, Guinness- recently announced they are planning to build a brewery and a taproom in Maryland. Specifically, in their now idle Seagram’s whiskey bottling plant, located in southern Baltimore County (which closed its bottling operations in 2015), turning it into a tourism destination, following the model of their original St. James’s Gate brewery, in Dublin. Interestingly, this very same building was the first legal distillery in Maryland after the Prohibition was lifted in 1933.

Natalie Sherman, form the Baltimore Sun, explains the new brewery would focus on beers for their US market, while the traditional, classic Irish dry stout would still be made in Dublin. It would imply an investment of $50 million, and the creation of around 70 jobs: 40 in brewing, warehousing and packaging, and around 30 in charge of running the visitor’s centre, which would include a restaurant as well. This breath of new life into the economic and touristic activity of the County might open this coming fall, as the renovation is scheduled to start on spring.

To read the whole note, as published by the Baltimore Sun, click here.