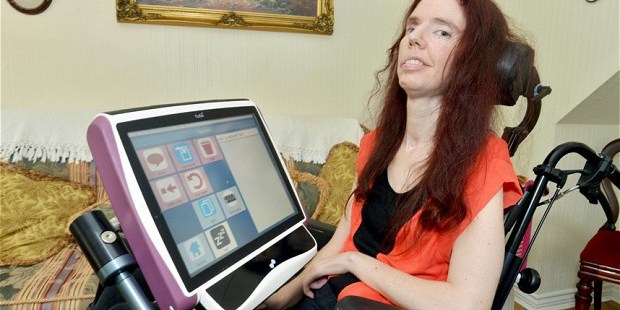 Unable to communicate even by moving their eyes, CLIS victims may soon have tool to “speak”

Many readers will be familiar with The Diving Bell and the Butterfly, the 1997 memoir by French journalist Jean-Dominique Bauby, and its 2007 film adaptation. Bauby wrote the book entirely by blinking his eyes so that an assistant would figure out what words he was thinking. A victim of a massive stroke, Bauby had what is known as locked-in syndrome, with the inability to move or speak.

But if you think Bauby’s condition was bad, imagine not being able even to blink or shift your eyes: completely paralyzed, unable to speak and unable to communicate.

In a study published on Tuesday by the journal PLOS Biology, patients with Lou Gehrig’s Disease—Amyotrophic Lateral Sclerosis, or ALS—were fitted with a non-invasive brain-computer interface (BCI). Researchers asked questions that could be answered with a simple yes or no. The patients could not answer verbally, but the BCI detected their responses by measuring changes in blood oxygen levels in the brain. The response rate was good enough to give researchers hope for better communication in people with CLIS.

One of the researchers, Niels Birbaumer of the Wyss Center for Bio and Neuroengineering in Geneva, said that he and his colleagues were surprised at first by the “positive responses when we questioned the four completely locked-in participants about their quality of life.”

“All four had accepted artificial ventilation in order to sustain their life when breathing became impossible so, in a sense, they had already chosen to live,” Birbaumer said. “What we observed was as long as they received satisfactory care at home, they found their quality of life acceptable. It is for this reason, if we could make this technique widely clinically available, it would have a huge impact on the day-to-day life of people with complete locked-in syndrome.”

The Wyss Center said it now plans to develop “clinically useful technology that will be available to people with paralysis resulting from ALS, stroke or spinal cord injury.”