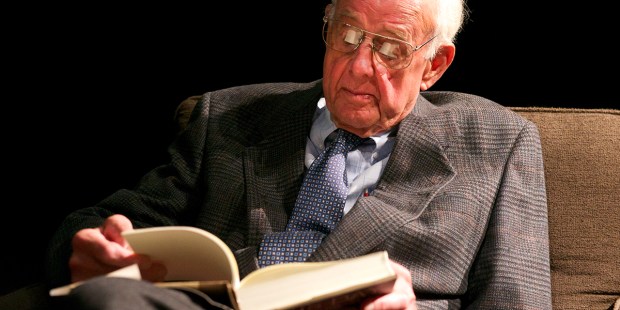 The upcoming documentary is described by the filmmakers as “a cinematic portrait of the changing landscapes and shifting values of rural America in the era of industrial agriculture.”

Pope Francis’ 2015 encyclical Laudato si’ is widely thought to be a document about the dangers of climate change. But in reality, it’s so much more substantial – and radical – than a Vatican show of support for scientific consensus (which, given the close relationship between the Church and the sciences, shouldn’t be all that surprising anyway).

Right from the introduction, Francis’ encyclical takes aim at the Cartesian assumptions that drive modernity, from the biggest shifts of the climate to the smallest winks of the eye: that our whole charter as humans is to be the “lords and masters” of nature, entitled to “plunder her at will” through a “technocratic paradigm.” Francis writes that this paradigm “exalts the concept of a subject who, using logical and rational procedures, progressively approaches and gains control over an external object.”

The conclusion isn’t that technology is bad – just that modernity is technological in its thinking, which can yield bad results when applied indiscriminately and without limit. For Francis, this also isn’t just a scientific or economic trend; in fact, the deterioration of the environment is just “one small sign” of an “ethical, cultural and spiritual crisis,” and healing the environment hinges on “healing all fundamental human relationships”.

I thought of Laudato si’ as I watched a new clip from the upcoming documentary Look & See: A Portrait of Wendell Berry. The filmmakers describe Look & See as “a cinematic portrait of the changing landscapes and shifting values of rural America in the era of industrial agriculture, as seen through the mind’s eye of Wendell Berry,” a Christian novelist and poet known for his “agrarian philosophy.”

In the clip, Berry reads his poem “A Timbered Choir” over melancholic jazz notes, as images of 21st-century life flash across the screen:

Even while I dreamed I prayed that what I saw was only fear and no foretelling,
for I saw the last known landscape destroyed for the sake
of the objective, the soil bludgeoned, the rock blasted.
Those who had wanted to go home would never get there now.

I visited the offices where for the sake of the objective the planners planned
at blank desks set in rows. I visited the loud factories
where the machines were made that would drive ever forward
toward the objective. I saw the forest reduced to stumps and gullies;
I saw the poisoned river, the mountain cast into the valley;
I came to the city that nobody recognized because it looked like every other city.
I saw the passages worn by the unnumbered
footfalls of those whose eyes were fixed upon the objective.

Every place had been displaced, every love
unloved, every vow unsworn, every word unmeant
to make way for the passage of the crowd
of the individuated, the autonomous, the self-actuated, the homeless
with their many eyes opened toward the objective
which they did not yet perceive in the far distance,
having never known where they were going,
having never known where they came from.

The pairing of this poem with this footage is chilling. It shoots darts of ancient wisdom into the present, and in a genius move, turns postmodernity’s cherished visual language against itself, using trailer-like edits of time lapses and selfies to reflect our own unflattering impulses: the artificial heightening of emotion, the romanticizing of efficiency and speed, and the destructive insistence on self-creation.

The timing is also remarkable. Who hasn’t been swept up into the political chatter these past weeks and months? Who hasn’t felt a kind of restless agitation – if not from defensiveness over one’s opinions, then simply from the melee of arguments in the air?

But there is a great irony here. Beneath the endless dispute about how best to govern the world (and ourselves), certain realities move the world beneath our feet – and the world within. Each major political campaign was, in its own way, an emblem of “post-truth” decadence; in both of their ideologies, we find varying expressions (and degrees) of the push toward mastery over the environment, over other people, and over our own bodies; and in a way, the circus of social media debate about who we are and where we should go tells us exactly who we want to be and where we want to go – i.e., obsessive manipulators of words, images, and attitudes, going to the latest technologies to feel like little lords of the world, if only for a second. If the medium is the message, politically opposite posts are, at bottom, really saying the same thing.

In short, whether left or right, and whether we know it or not, we all tend to agree on at least one thing: however long the arc of the modern universe is, it bends toward the technocratic paradigm.

At a time when everyone is talking so much about what divides us, maybe this trend that so unites us is the biggest quagmire of all.