Does the Church expect us to suffer instead of “dying with dignity”? 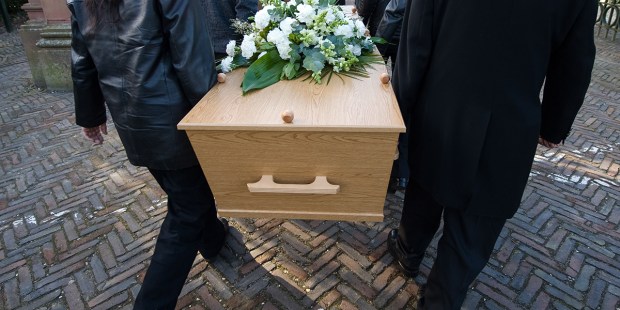 For someone facing a terminal illness – or for someone watching their loved one suffer daily from an incurable illness – it can seem like the Church’s prohibition of physician-assisted suicide (PAS) can only force people to endure unnecessary pain.

The first is the profound truth that life is a gift from the Father, and no amount of suffering can steal its inherent dignity and beauty.

The second is the knowledge that although life should not be taken by ourselves or others, we are not forced to prolong it by any means necessary – especially if we may rationally call such care “disproportionately burdensome” when compared to its benefit.

According to the Catechism of the Catholic Church, suicide of any sort is prohibited because it fails to recognize that our lives are not our own. As the Giver of all life, only God has the authority to take away the gift of any human life.

Suicide ignores the realities of this gift, and

— “offends love of neighbor because it unjustly breaks the ties of solidarity with family, nation, and other human societies to which we continue to have obligations” (CCC 2281)

The Church thus recognizes that in committing suicide, an individual not only damages the relationship between herself and the Heavenly Father, but also severs the social bonds that tie us here on Earth. In this way, a mother and wife who commits suicide takes away her children’s natural right to their parent, and her husband’s sacramental right to his spouse.

However, the knowledge of the sanctity of life and the recognition of life-as-divine-gift does not mean that life must be prolonged at any cost.

The Catholic Church has long recognized this, which is why no one is bound to receive care deemed disproportionately burdensome in comparison to its benefit – even if that care might potentially prolong the patient’s life. This concept stems from a long tradition in Catholic healthcare which distinguishes between what used to be called “ordinary vs. extraordinary” care, and which is now referred to as “proportionate vs. disproportionate” care.

To illustrate these concepts, let’s use the example of a physician discerning whether to utilize the same treatment for two very different patients.

The first patient is an otherwise healthy pregnant woman suffering from the complication hyperemesis gravidarum – nausea and vomiting in pregnancy so severe as to cause weight loss and dehydration. In this patient’s case, artificial nutrition and hydration (ANT) would likely be considered “proportionate” care, in that the burden (be it pain, discomfort, risk, etc.) associated with the treatment is more than enough to justify the benefit of the care, i.e., preserving the life of both the otherwise healthy mother and her unborn child.

The second patient is an elderly man suffering the final stages of a terminal lung cancer, who has lost all appetite or ability to feed himself, and whose PEG tube site keeps becoming dangerously infected. For this patient, the ANT may be considered “disproportionate” care, in that the benefit it provides is no longer enough to justify the burden of serious complications it is causing.

Just as the Church would never require any patient to undergo a complicated burden of treatment disproportionate to its benefit (as may be the case with the second patient, described above), neither would she offer the falsely-termed “dignified” option of physician-assisted suicide.

Instead, the Church would advocate that the patient be offered true compassion (compati, which in Latin translates literally “to suffer with”). This will involve the provision of adequate pain management, and/or palliative care in his final days and hours on this Earth. The Church supports the dual approaches of adequate pain management and palliative care, precisely because both practices promote the life-affirming goal of “killing the pain, not the patient,” and can lead to significantly improved quality-of-life outcomes for patients and their caregivers.

So in the example of the second patient, we see that the Church condemns no one to suffering, nor to a death without “dignity.”

To promote PAS would ignore the realities of what it means to be a human person, imbued with the dignity which comes from a life given by our Creator, and to be received by Him at the time of His choosing. This is but one part of the Church’s reasoning behind her continued prohibition of PAS – and Catholics can be sure that it is a reasoning suffused with love, through and through, and bolstered by a more profound view of suffering than our culture is often wont to realize.