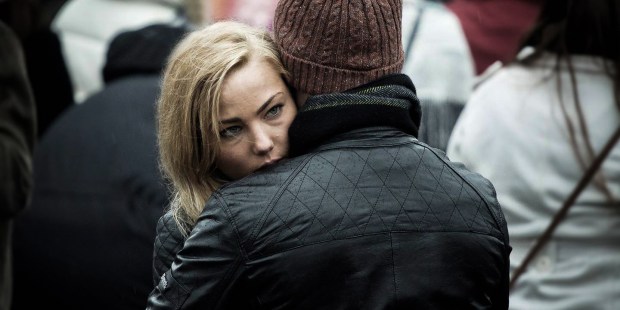 Sometimes the problems are a sign that there shouldn’t be a relationship any more — at least not a romantic one.

Sure, every relationship has problems, and in an ideal situation, these very conflicts become opportunities for growth — for the guy and the gal, and for them both as a couple.

But sometimes, the problems in a dating relationship mean there shouldn’t be a relationship any more — at least not a romantic one.

Some courtships could best be considered toxic – downright poison for the heart, mind and soul.

What are some characteristics of a toxic courtship?

Problems with others. Your relationships with others (your parents, boss or colleagues, your friends, etc) begin to weaken and develop conflicts because you are not at peace within yourself. A toxic courtship affects not only the pair in the relationship but all those who surround them.

Constant arguing. Any little thing is a reason to argue, to raise your voice and to speak disrespectfully. It’s a vicious cycle with one argument leading to the next, with no end in sight.

Lack of trust and a feeling of possessing or being possessed.

“I love you, you’re perfect, now change!” “The way you dress isn’t right. Your bubbly personality isn’t right. You go to church too much.” Everything is a reason to criticize. A healthy courtship should be the opposite: he helps you to grow in virtue and respects your freedom in anything that pertains to mere tastes and preferences.

Addiction. If there is already a drinking problem or some other addiction, and it is ignored, the relationship is toxic. (This applies also for sex addiction, and when a couple is united only by their passion for each other, love can’t grow. Sexual desire can often be confused with love.)

Broken links. An on-again, off-again courtship that continually has emotions in a fray or haywire is toxic.

Sexual intimacy in a courtship is toxic. We already said that desire can be confused with love. But the unity that sexual intimacy creates — scientists have done plenty of studies on it — gives a false sense of belonging to each other. So then even if you know the relationship is toxic, it’s harder to get out.

Respect and love yourself enough to demand that you be treated with dignity, and that you treat yourself that way too. And don’t forget: what takes away your peace isn’t from God, and thus, it isn’t for you.