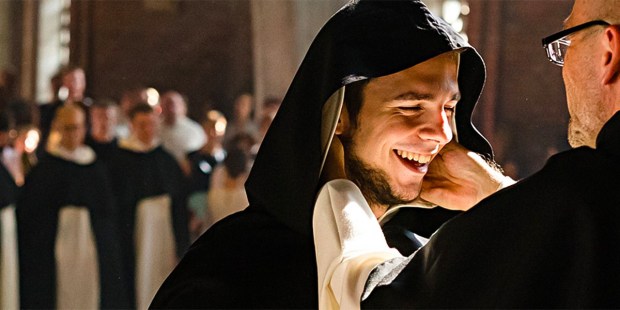 It doesn’t sound like a large number compared to they brief and storied heyday of the mid-twentieth century, but last year 200 men and women religious professed final vows in the United States — up from 136 solemn professions the year before

The Center for Applied Research in the Apostolate (CARA), under a commission by the U.S. Conference of Catholic Bishops (USCCB), conducted its annual survey questioning those who professed perpetual vows in 2016. What they discovered were some key habits which multiple religious cited as important to their vocational pursuit.

According to the USCCB, “The survey polled women and men religious who professed perpetual vows in 2016 in a religious congregation, province, or monastery based in the U.S. CARA received a response from 610 of 759 major superiors, for an overall response rate of 80 percent among religious institutes.”

The results led to some surprising discoveries that remained consistent throughout those who responded. For example, a strong prayer life was noted as a key to discernment prior to entering the religious life.

Read more: A bride of Christ, on her 29th birthday

Another common thread was the role of Catholic education.

What else helped them make the ultimate decision? The encouragement of a parish priest.

One-half say that a parish priest (53 percent) encouraged their vocation.

Read more: What have nuns done for us lately?

The results of the survey are meant to help the Church discover new ways to help young people discern where God is calling them to and what it is that leads some youth to ultimately choose the consecrated life. It is a fitting topic to discuss as Pope Francis announced last year the theme of the next Synod of Bishops in 2018: “Young People, Faith, and Vocational Discernment.” Pope Francis desires with this Synod “to accompany young people along their existential journey towards maturity so that, through a process of discernment, they can discover their life plan and achieve it joyfully, opening themselves up to an encounter with God and humanity and actively taking part in the building of the Church and society.” With the recent decline of religious, the Church now wants to discover anew the beauty of consecrated life and propose it again to young people in hopes that many more men and women will take up the call to give their whole lives to God.