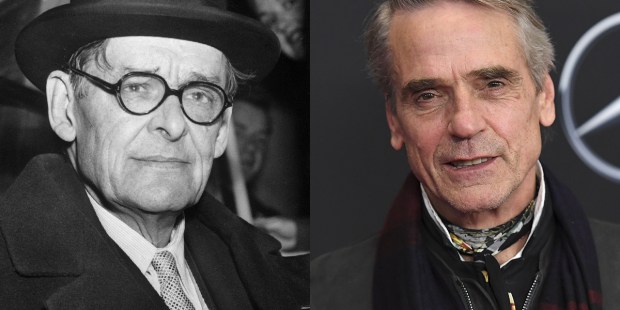 Listen to the work of one of the 20th century’s major poets, as read by one of his greatest interpreters.

When Thomas Stearns Eliot moved from his native US (he was born in St. Louis, Missouri, in 1888) to England at the age of 25, obviously he could have never imagined one of Britain’s most iconic actors – the Shakespearean Jeremy Irons — would eventually become one of his greatest interpreters. In this short film by David Joseph, filmed in the Oakland Cemetery in Atlanta, Georgia, Irons’ reading of a fragment of Eliot’s great poem  “The Waste Land” on BBC Radio 4 is hauntingly beautiful.