Samurai warrior, martyred for his Catholic faith, beatified in Japan 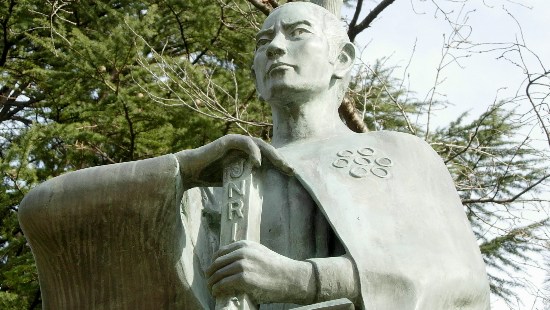 Today an historic event is taking place in Japan, as a samurai warrior who chose a life of poverty and exile — and eventually Christian martyrdom — over obedience to an oppressive regime, is being beatified by the Roman Catholic Church, coming one step closer to being declared a canonized saint.

Cardinal Angelo Amato, Prefect of the Congregation for the Causes of Saints, will serve as the special envoy of Pope Francis for the February 7 beatification of the 16th century samurai warrior, Takayama (Justo) Ukon in Osaka, Japan, the Vatican has reported.

Takayama (Justo) Ukon (1552 – February 5, 1615) was a samurai (i.e. military nobility of medieval and early-modern Japan) who followed the example of his father, Takayama Tomoteru, a daimyo (he was the lord of Sawa Castle in the Yamato Province) and converted to Catholicism. When he was baptized at around age 12 by the Jesuit missionary Gaspare diLella, he took the name “Justo,” for the early Christian apologist and saint, Justin Martyr.

The family’s exalted position in feudal Japan gave them control over vast lands and armies and also made it possible for them to give assistance to Jesuit missionaries as they expanded their reach into the country. Conversions brought about through the help of Takayama Justo are believed to number in the tens of thousands.

When the oppressive regime of chancellor Toyotomi Hideyoshi bore down on Catholics, crucifying some as an example and demanding that the rest abandon their faith, Takayama — by then about 35 years old — gave up all of his worldly power and possessions and chose exile. He led a group of about 300 Catholics to Manila, Philippines, where he soon died, reportedly due to the persecutions he had suffered while in Japan.

A report from the Catholic News Agency quotes Father Anton Witwer, general postulator of the Society of Jesus, who told them in 2014 — when the samurai’s cause was sent to Rome, “[Takayama] did not want to fight against other Christians, and this led him to live a poor life, because when a samurai does not obey his ‘chief,’ he loses everything he has.”

Upon Pope Francis’ decree of martyrdom, Witwer explained, “Since Takayama died in exile because of the weaknesses caused by the maltreatments he suffered in his homeland, the process … is that of a martyr.”

Beatification (from the Latin beatus, blessed, and facere, to make,) is a recognition accorded by the Catholic Church of a soul’s union after death with God and his or her intercessory power. Blesseds may receive public veneration, i.e. an act done by the clergy, or delegated laity, in the name of the Church, i.e. in the Mass, Divine Office, images in churches etc., even if done in private. Such public veneration is generally reserved at the local or regional level. Beatification is not considered an infallible papal act, but is an essential step in the process of canonization which elevates a person to the universal veneration of the Church.

Pope Benedict XVI restored the practice, in use prior to Pope Paul VI, of having the Prefect of the Congregation for the Causes of Saints conduct the beatification, rather than the Pope doing it himself. Exceptions included the beatification of his predecessor, Pope John Paul II.

With his beatification on February 7, Takayama Justo thus comes one step closer to joining the ranks of the great Japanese martyrs, including saints Paul Miki and his Companions, who are commemorated on February 6 in the Roman liturgical calendar.

Read more: The eyes of a samurai know no tears