We should be afraid — very afraid 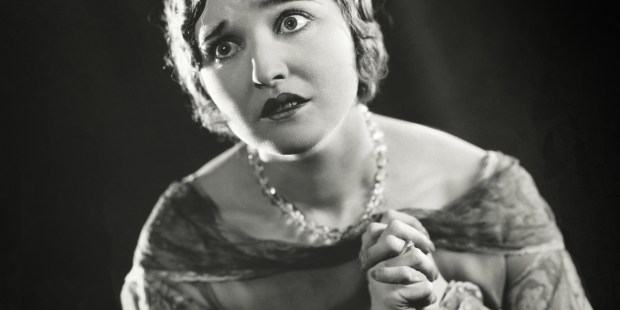 Did the Bible get it wrong? “Fear not” says Isaiah 41:10; “The fear of the Lord is the beginning of Wisdom,” say both Psalms and Proverbs. Which one is it?

Unfortunately, the word “fear” has a lot in common with the word “love”—both are used in many different senses and for many different purposes. (I’ve written before about bravery; now we’ll consider its unlikely companion, fear.) As Christians, we can’t afford to be wrong about fear or love, so let’s turn to the Church’s wisdom for clarity and a plan of action.

Saint Augustine said that fear is born of love, because man fears to lose what he loves. The root question is: Are my loves rightly ordered? Do I love money more than my family or the truth? Do I love anyone/anything more than I love God? Am I willing/unwilling to surrender a greater good to retain a lesser good?

Saint Thomas Aquinas speaks of “servile fear” and “filial” (also known as “chaste”) fear. Servile fear is a dread of punishment. Servile fear has its uses in the moral and spiritual life. In the moral life, fear of getting caught and punished hinders the thief, and although it doesn’t help him grow in virtue, at least the bank hasn’t been robbed.

In the spiritual life, the Act of Contrition speaks of dreading “the loss of Heaven and the pains of Hell,” and sometimes that fear alone keeps us from committing a mortal sin, even though we have set our heart upon what is evil rather than upon God. Sometimes, then, servile fear is the last defense against vice and sin.

But why settle for that? God calls us to so much more!

Aquinas says that filial or chaste fear is “fear of fault.” This may be hard for us to understand. It is not simply a fear of being in error; it is a fear of the loss of charity, a fear of disappointing our best beloved, Who is God.

I remember reading a children’s catechism that expressed it this way: A good daughter has been blessed with the gift of filial fear when she dreads disappointing her good father. When faced with a temptation, the thought of facing her father and saying, “I took the good that you gave me and traded it for something less,” is unbearable to her. She has a holy fear of separating herself from the love her good father has given to her heart from his.

Likewise, in the spiritual life, we have set out on the path to spiritual maturity when we fear betraying God’s love even more than we fear our punishment. In this way, fear of the Lord is the beginning of wisdom, because our conduct is now being guided by God’s love as the highest good.

All this may seem abstract or merely academic. What’s the practical application? William Peter Blatty, author of the famous novel and more famous film, The Exorcist, was asked by a Jesuit why he wrote such a disturbing story about evil. Blatty replied, “Because people don’t take evil seriously any more, and if you don’t take evil seriously, how can you take God seriously?”

One who hasn’t heard of the perfect love offered by God can’t be restrained or motivated by filial fear, because he cannot dread to disappoint a divine love he has never known.

Christians must know that the moral life is not just a pastime. The consequences of preferring sin are real and eternal. And we must live accordingly. Likewise, Christians must know that our greatest good is the love of our Heavenly Father, and we must tremble when we recall that we are truly free to cast aside that most perfect love. A filial fear of being defective in loving God Who has first and perfectly loves us can set us on the path of highest holiness.

Our duty and privilege as Christians is to evangelize, to proclaim the wonderful news that we were created in love, redeemed in love, and are called to be perfected in love. Our Heavenly Father has given us Christ and His Church to purify our hearts, to love wisely and well (even at the cost of great suffering, if necessary), protected by a truly filial fear that can help keep us safe until we reach the happiness of Heaven, where already a banquet is prepared for us.

When I write next, I will speak of a Catholic response to political violence. Until then, let’s keep each other in prayer.