What do going to Mass and going to yoga have in common? 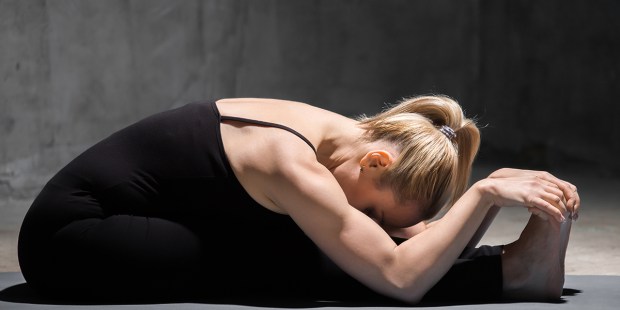 Sometimes there’s a little voice that tells you that you don’t need to go. It’s a blessing that you have to.

The clothes, she says, “don’t make me feel athletic or limber or particularly beautiful  —  more pinched and puffy, like a sausage.” So laments a writer named Lisa Renee about going to her yoga class. She usually goes, but not happily. “I’m the kid in the back  —  ‘Do we really have to do any work today?’ The teachers love me.”

I’m not endorsing yoga, about which I know pretty much nothing, but the article struck me when I happened to come across it looking for something else. It says something about the blessing of having to go to Mass.

Some of my Protestant friends complain that the Catholic Church has all those rules, when if we were really Christian we’d do what we should without being told. Orthodox friends say this as well. Holy days of obligation really annoy them, especially when they find out that Sundays are holy days of obligation too. They’ll say things like “You should want to go to church” and “The Church can’t make you go” and “It’s okay to stay home when you don’t feel like going.”

“The knee hurts,” she says, “there’s no balance, the mind chatters manically, I forget to breathe. Some days, I drag myself across the finish line dizzy and sore and wonder who exactly I think I am, at this advanced age, doing these odd strenuous things.” She asks why her teachers push her so hard.

And something happens, sometimes. It may last a moment or through the rest of the class or even after she leaves. “It is a moment when things click. The breath, the body, the mind, the music, the group  —  it clicks and soars. It’s an odd divine synergy of the body and mind that makes me feel strong and flexible, clear and grounded. … I feel like everything will be okay. Trite, I know, but it’s the best way I can put it.”

I like going to Mass. Mass always makes me happy. Even when the liturgy has pushed all my buttons and the homily has retailed every cliché that makes me want to spit, everything slides back into place at the communion. Getting to the priest and hearing “Body of Christ” gives me the feeling of having trudged home for miles in a thunderstorm and walking through the front door into a warm, bright home with my family waiting. That’s the moment when things click.

That said, I also know about hearing the little voice that tells you that you don’t need to go. Sometimes I like that little voice. Mine reminds me that I’m tired or feeling down or had a hard week, that the Mass (especially that weekday holy day of obligation) has been scheduled at a bad time, good for the priest and the retired people but not for a working man. The traffic across the bridge will be backed up, it says, and parking super-hard to find. It’s thrilled when it can invoke bad weather.

It reminds me that my knee is sore and I should probably rest it, because if I went to Mass I’d feel I had to stand and kneel and I’d be sore for days. That little voice, which may belong to a lawyer, tells me I can go tomorrow or another day and apply that Mass to the holy day. The point, it says, is suffering the disruption, not going to the exact Mass. Going to the exact Mass of obligation is just legalism, it says, and I see it frowning as it says that.

But there’s the rule. This is what I signed up for when I entered the Church. I agreed that she knew what she was doing a lot better than I did, and that she would do me good in ways I wouldn’t choose myself. She has a reason for telling me to get myself to Mass on certain days whether I feel it or not. I push the voice out the door, preferably into that thunderstorm I mentioned earlier, and head for the car.

If someone can find the moment when things click in a yoga studio, having dragged herself there, I know I’ll find that moment when I drag myself to Mass. It would be better if I felt it, and often I do, but I don’t need to. With the Church, it’s obedience first, then blessings. Follow the rule, and things click.

For New York City readers, David will be speaking next Monday, February 13th at Theology on Tap. His subject is “Loving Mary Back.” It begins at 7:00 at Connolly’s Pub, 121 West 45th Street.