The annual Catholic appeal: Is it “crass and tacky”? 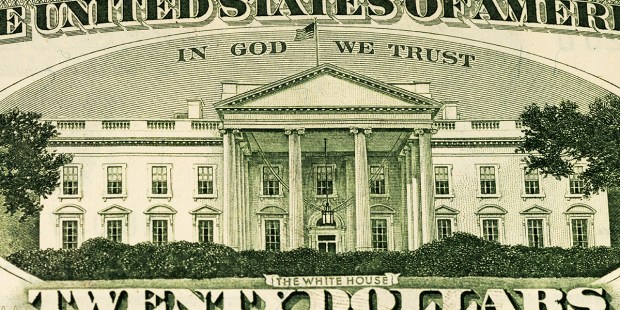 Katrina Fernandez sorts it out for a reader who is tired of being asked for money at Mass.

I absolutely hate this time of year. I call it the Lenten Shakedown because you know Lent is coming when they roll down the video screens in church and play the annual appeal for money. It’s crass and tacky and sends the message that all the Church cares about is money. I get stuff in the mail every year around this time asking my family for more money, then we go to church and get hit by it again in the pews. I feel like all the homilies are about money and it’s just a major turn off.

The Catholic Church is the largest charitable organization in the world, and since the Vatican doesn’t mint their own currency the money has to come from somewhere.

I typically go to Mass two or three times a week so it’s fair to say I probably hear, at the very minimum, around 104 homilies a year. Of those 104 homilies, only two Sundays are devoted to our Annual Diocesan Support Appeal. For all the good the Church does throughout the entire year, asking for some extra help once or even twice a year seems like an extremely small inconvenience to bear.

I suspect that most priests don’t like appealing for money anymore than you like to hear them ask. If I were to find anything tacky about the situation it would be that priests are put in that position in the first place. A general lack of giving is what prompts the yearly appeals.

As Joanne McPortland reported in Aleteia, “The average share of income that U.S. Catholics give to the Church is a mere 1%. That’s the lowest percentage of giving of any major religious denomination in the United States. Fewer than 1 in 3 Americans who identify themselves as Catholic attend Mass on a ‘regular’ basis (defined as at least once a month), and of those regular attendees, only 30% give to the support of their parish.”

The solution, of course, is for everyone to give more and to prioritize tithing to the Church over, say, entertainment expenses. Of course give what you are capable of, but also budget gifting to the Church like you would a utility bill and rent or mortgage.

I also encourage folks to look into how and where their diocese is spending its money — this information is readily available and often published online. In doing so, hopefully we can all be encouraged to give more, once we understand the full scope of need. It’s truly eye opening to see how great the need is and how far the money is stretched.

Each diocese is responsible for funding ministries and charities that help the elderly, the poor, refugees, and care for their religious communities and priests. Diocesan money is used for maintaining school and parish structures as well as salaries for all the employees that keep each diocese up and running. When we withhold tithing or give the barest 1% we are cheating our parish and those most in need.

Annual Support Appeals are a necessity and are typically made around Lent to give us a chance to extend our charity as a Lenten sacrifice. Instead of letting these appeals annoy you, perhaps thank God for the small inconvenience. Minor annoyances give us the opportunity for spiritual growth in areas of patience, faith, and charity.

Read more: What Your Pastor Won’t Tell You About Parish Giving

[Editor’s Note: Take the Poll – Do you find the annual Catholic appeal “crass and tacky”?]