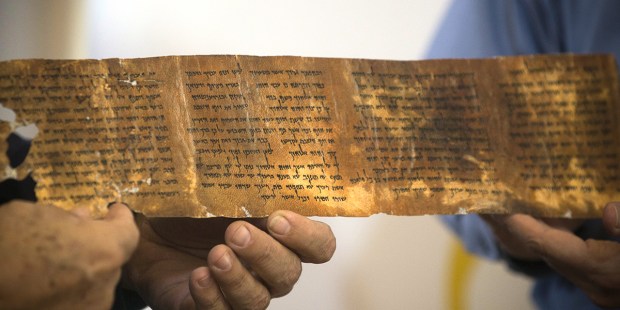 “One of the most exciting archaeological discoveries, and the most important in the last 60 years.”

Recent excavations in Israel have led to the discovery of a 12th cave that is believed to have once held Dead Sea Scrolls. The investigation is ongoing, but archaeologists have already unearthed storage jars, pottery, flint blades, a piece of parchment and other such antiquities.

According to a statement released by Oren Gutfeld, an archaeologist at the Hebrew University’s Institute of Archaeology, “This exciting excavation is the closest we’ve come to discovering new Dead Sea scrolls in 60 years. Until now, it was accepted that Dead Sea scrolls were found only in 11 caves at Qumran, but now there is no doubt that this is the 12th cave.”

Gutfield added, “The findings include the jars in which the scrolls and their covering were hidden, a leather strap for binding the scroll, a cloth that wrapped the scrolls, tendons and pieces of skin connecting fragments, and more.”

The storage jars found were smashed with their contents removed, pointing to the likelihood of looters who stole the scrolls inside. Additionally, archaeologists identified a pair of pickaxes from the 1950s, confirming the theory.

The original Dead Sea Scrolls are a collection of almost a thousand different manuscripts discovered in the 1940s and 1950s, containing numerous passages from the Hebrew Scriptures as well as other historical and spiritual content. They were some of the oldest surviving manuscripts ever discovered and shed new light on books that would later become part of the Old Testament canon.

The recent discovery was hailed as “one of the most exciting archaeological discoveries, and the most important in the last 60 years.”

The excavations are part of a much larger operation called “Operation Scroll,” sponsored by the Civil Administration of Judea and Samaria, the Israel Nature and Parks Authority, and the Israel Antiquities Authority (IAA). The goal of the operation is to explore all the caves in the Judean Desert and discover new connections and evidence to support scholars in their efforts to understand the Dead Sea caves. This new discovery has renewed interest in the project and the team of archaeologists plan to continue their survey of caves in hopes of finding more material to shed light on the ancient Dead Sea Scrolls.