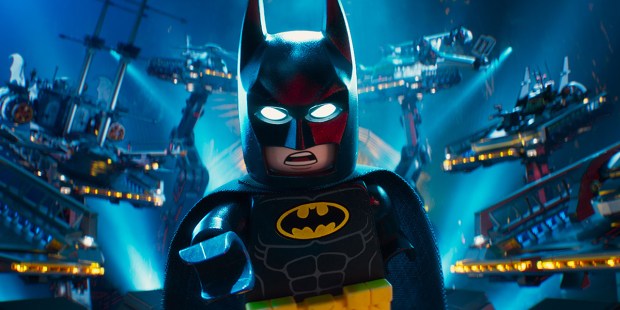 Yes, it’s funny, but the film also manages to also explore something deeply human — the loneliness of the Caped Crusader.

After The LEGO Movie became a surprise hit with both audiences and critics alike, a follow-up was all but inevitable. Unexpected, however, was the announcement that the first sequel would feature not the main characters of the first movie, but one of that film’s supporting players, Will Arnett’s LEGO Batman.

Why would Warner Brothers take such an approach? Because they’re not stupid. Batman has been a guaranteed crowd-pleaser for more than 75 years, and he’s as popular today as he has ever been. Over the decades, the Caped Crusader has maintained an unbroken string of successful live-action adaptations, from movie serials to campy TV shows to wildly profitable motion pictures. Yes, even the one with nipples on the bat-suit made money. So, why wouldn’t Warner Brothers produce a LEGO movie starring one of their favorite money-making machines?

And truthfully, Arnett’s gravelly-voiced self-obsessed Batman was one of the funniest things about The LEGO Movie to begin with, so it’s not like anyone is going to complain about getting more of him. And that we do, as The LEGO Batman Movie opens with our hero taking on every single villain in Gotham all by himself, defeating them all by himself, going home all by himself, eating all by himself, composing dark rap-metal all by himself… you get the idea. Batman is a loner.

Oh, sure, he has a devoted butler/father-figure in Alfred, a faithful friend in Commissioner Gordon, and throngs of Gothamites who adore him. But at the end of the day, the Dark Knight has determined it’s best if he does everything on his own. Besides, he’s Batman. Why would Batman ever need anyone else other than Batman, anyway?

Much to his chagrin, however, a quick series of events turns our hero’s bat-centric world on its pointed ears. Gordon retires and is replaced by his daughter Barbara, a more-than-competent law officer who believes it’s high time the Gotham police department quit relying on a vigilante to handle everything. Befuddled by this development, a distracted Bruce Wayne accidentally adopts an overeager orphan by the name of Dick Grayson. Worst of all, the Joker, his feelings hurt by Batman’s refusal to care enough to hate him, decides to surrender himself and his army of villains to the authorities, effectively ending the need for a Batman.

That last part’s a ruse, obviously. In his desire to get Batman to acknowledge their co-dependency, the Clown Prince of Crime concocts a scheme that spells doom for all of Gotham. It’s a threat so large (and full of surprises best not spoiled) that Batman can’t possibly handle it all by himself. Except Batman always handles everything all by himself, so what’s a determined loner supposed to do when faced with such a dilemma?

Much like The LEGO Movie before it, The LEGO Batman Movie is a rapid-fire succession of joke after joke. Drawing from the well of the character’s long history, everything bat-related is a target for lampooning. Robin’s original legless costume, Adam West’s bat-dancing, Christian Bale’s voice, the entire premise of Batman v Superman, the aforementioned bat-nipples, nothing is safe from parody. Now, as with any movie that follows the Airplane template of humor, some of the punchlines fall flat, but anytime a joke doesn’t make you laugh, rest assured another one will come along within a few seconds that does.

Even better, though, is that like its predecessor, The LEGO Batman Movie manages to latch onto one of the core concepts of its source material and find something deeply human in it. The cinematic Batman as we know him today is a somber man who eschews most human contact. But why? In between all the bat-jokes, this movie actually asks that question. And while the answer is obvious within the first 10 minutes, it’s still kind of touching once the character himself is forced to admit what it is.

God didn’t create us to be alone, but instead made it an essential part of our nature to live in society with others. For that matter, God himself lives in community in the Holy Trinity, so if we’re to become more like him, we kind of have to do the same. Yeah, we’re only human, so our relationships unfortunately come with hurts and disappointments and (sorry, Batman) losses, but despite such difficulties (or maybe because of them), it’s in our relationships where we have the chance to discover the things that truly matter. At least LEGO Batman does, anyway.

So, while not all the jokes work and the movie perhaps runs a bit too long, The LEGO Batman Movie has enough heart and humor to set the bar pretty high for this year’s animated offerings. But of course it does. After all, it’s Batman.