This hairdresser slave is on the way to canonization 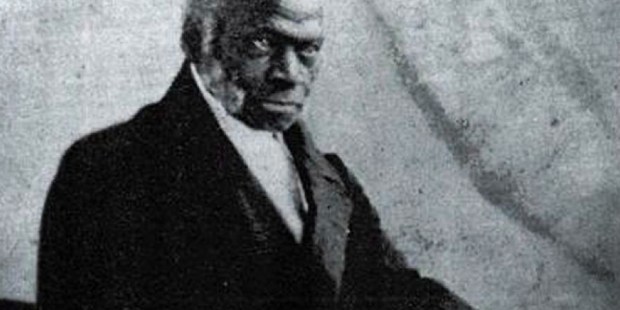 February is Black History Month, which is a fitting occasion to also recognize the contributions of many Black Catholic Americans. We can honor such people as Father Augustus Tolton. Born a slave, he was the first African American to be ordained a priest in the United States.

Others include Henriette Delille, the founder of the Sisters of the Holy Family; Mother Mathilda Beasley, who became known as “The Idol of the Poor”; Daniel Rudd, a black Catholic journalist who founded the National Black Catholic Congress; and Elizabeth Mary Lange, who was born a slave and became the co-foundress of the Oblate Sisters of Providence.

Another on this eminent list is Venerable Pierre Toussaint.

Pierre was born into slavery in Haiti in 1766. His owner, Monsieur Berard, had gained great wealth from raising and selling sugar. Berard had Pierre baptized into the Catholic faith and also educated him, training the boy as a house slave, and saving him from the hard labor expended by those working in the sugarcane fields.

In the late 18th century, tensions were rising among the enslaved population in Haiti, and the senior Berard returned to France. He left his son, Jean Berard, with the plantation. However, the pressure continued to build among the slaves and Jean decided it was time to leave. In 1787, he and his wife took five of his slaves with them, including Pierre and Pierre’s sister, Rosalie, and moved to New York City.

Jean managed to get Pierre into an apprenticeship as a hairdresser. The young man became an artist at hair styling, excelling in this era when the wealthy women had their hair stacked high with layers of curls and ribbons. Hair styling was time-consuming and demanding, and soon Pierre had more business than he could handle.

Jean Berard’s decision to leave Haiti proved to be a wise one. In 1793, the slaves in Haiti revolted and Monsieur Berard heard that his plantation had been burned to the ground. He was so distraught that he passed away, probably from heart failure, leaving his wife in need of care.

Pierre supported Madame Berard, working almost 16 hours a day. Eventually, she married again, to a man also from Haiti named Monsieur Nicolas. She made him promise that if anything happened to her, he would make sure that Pierre was given his freedom. When she passed away, Nicolas kept his promise and Pierre was given his freedom. By then, Pierre had saved enough money to pay for the freedom of his fiancee, Juliette, and married her. He also managed to buy the freedom of his sister, Rosalie. By this time Pierre was almost 45.

Pierre Toussaint was dedicated to the theological virtue of Charity. He cared for the sick and even brought them into his home, nursing them back to health. He visited areas infected with disease and plague, bringing food and clothing to the suffering. He even went to those who had been abandoned by their own families. He helped Mother Elizabeth Ann Seton (who had an orphanage in the city) by raising money from his rich customers and giving the future saint his own money.

At a time when being Catholic was could be dangerous, and doubly so for a black man, Pierre attended daily Mass every day for 66 years. He sheltered orphans, provided foster care for children, helped them get into school and even helped some of them get their first jobs. During a cholera epidemic he crossed over the quarantine lines to help the sick, without regard for his own well-being.

One of Pierre Toussaint’s achievements was helping the Church raise the funds to build the first St. Patrick’s Cathedral on Mulberry St. He also provided and raised funding for the first Catholic school for black children at St. Vincent de Paul in lower Manhattan.

Pierre Toussaint died on June 30, 1857. He was 87 years old. In 1991, Pierre was declared a Servant of God. Five years later he was declared Venerable by Pope John Paul II. He was the first layperson honored by having his remains moved to and interred in the crypt at the present St. Patrick’s Cathedral on 5th Avenue in midtown Manhattan. His remains lie in the company of many princes of the Church.

Venerable Pierre Toussaint, pray for us.