That time Jesus crashed a funeral at the Gate of Nain 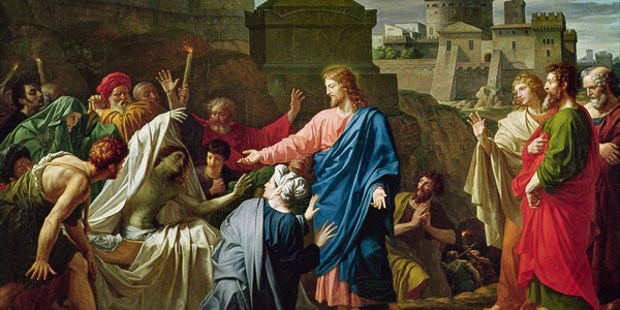 Jesus was coming off a high when he got to Nain, one success after another…

Nain was one of those no-nothing villages that dotted the lower Galilee, same as Nazareth did 12 miles to the north. Nazareth was also a no-nothing Galilean town. As careful as the Romans were with detailed military maps, they never bothered putting Nazareth on their maps, or Nain.

You can understand Nathanael’s sarcastic jab “Can anything good come from Nazareth?” (John 1:46) when told the Messiah was from Nazareth. He could have said the same thing about Nain in any context. The name by the way may come from na’im, Hebrew for pleasant or charming. Okay.

That day when Jesus showed up, the population was down by one. He and his group stumbled into a funeral procession (Luke 7:11) coming out of the village as they were trying to go in.

There is no clue why Jesus was taking a stop at Nain. Nain, from 19th-century records, was a puny collection of structures made mostly of adobe. There is little reason to think it was ever anything else, or ever would be.

Jesus was taking a swing through Galilee, preaching and teaching, and sometimes healing. Nain, to the extent that it was anything, wasn’t even on the way of getting to anywhere else. It is nestled, if that’s the word, between the Plains of Megiddo (where awaits, to hear some tell it, the coming Battle of Armageddon) and Mount Tabor. There just wasn’t much around.

Nonetheless, here are Jesus and his admirers, friends, disciples, and hangers-on, walking to the gate of Nain where they are abruptly stopped short by a funeral procession for a young man, a sure loss to a small, small village.

Jesus was coming off a high when he got to Nain. In Luke’s report, he has successfully called disciples to his side. He has healed a leper, a paralytic, and others. In a small dust-up with some prissy Pharisees, he has declared himself Lord of the Sabbath. He has just preached the second greatest sermon of his life, the Sermon on the Plain (the Sermon on the Mount came later but this one was, so to speak, on the level).

To top it off, astonishingly, he has found faith among the Gentiles, specifically that Roman centurion in Capernaum, whose daughter Jesus healed. We quote the centurion in the Mass: “We are not worthy that you should enter our house …”

So it’s been just a super time for Jesus. Then he and his procession collide with a death march blocking the way, a burial procession for a man who was “the only son of his mother, and she a widow.”

I imagine the group with Jesus in the mood of Godspell. There’s fun, and happiness, and careless joy in the air when they careen into the pallbearers of the dead and hear the coterie of wailing women accompanying the body, and see the mother, the widow.

“And she a widow.” There’s a real point. This is not only a personal tragedy for the old woman; it is an economic calamity for her and her village. How can she now support herself, with her only son dead? She will be tossed to the charity of her village, that small village, where resources are likely tight and she represents only another hungry mouth. It’s a tough calculation to consider, when a young able-bodied man is gone.

Did you ever crash a funeral? Not much point in it, is there? But that’s what happens when these processions collide.

In a collision things go boom, break apart, fly off odd ways, debris randomly scattered. The larger object, the weightier one, carries the greater destructive force. It’s the physics of big things smashing into small things, mass and velocity. Death looks immense and fast, looming large rushing out of the village of Nain aiming for the cemetery and there’s only Jesus and his people standing in the way.

The Godspell crowd traveling with the Lord of the Sabbath didn’t look so big.

Which procession will give way to the other? Death, calamity, tragedy, and despair were processing out of Nain when they collided with the procession of the Lord, things flying around everywhere under the impact.

The accident report Luke provides says that the witnesses said, simply, “God has visited his people.” In the aftermath of the collision at Nain, hope, solace, and elated expectation flew everywhere, a half day’s walk from Nazareth.