Meet this master of disguises and defender of the faith 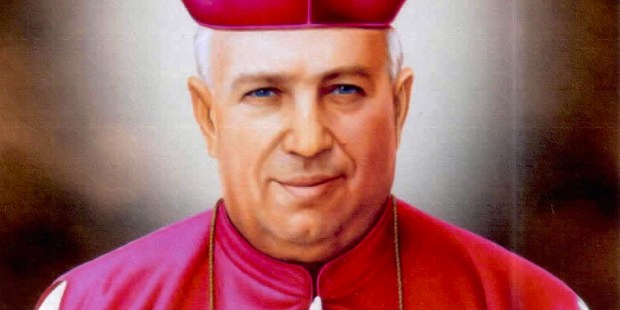 St. Rafael Guizar y Valencia posed as a junk dealer, a street vendor, and a musician in order to secretly administer the sacraments.

Rafael Guizar y Valencia was born in Cotija de la Paz, Mexico, in 1878. He was one of 11 children and his mom and dad, both devout Catholics, did their best to teach their children the faith.

Rafael was only 9 when his mom died. Yet the faith she and her husband had instilled in Rafael and the other children continued to flourish.

Both Rafael and his brother, Antonio, aspired to the priesthood. Rafael, who was about 16 months older than Antonio, began his journey to Holy Orders first. He spent his grade school years in a religious school and also spent time with Jesuit priests. At the age of 13 he entered a minor seminary in Cotija and when he was 18 began his studies in the major seminary in Zamora. In June of 1901, at age 23, he was ordained to the priesthood. Antonio would follow his big brother and be ordained in 1903.

Father Rafael had a deep love for the Holy Eucharist and the Blessed Mother. He became the spiritual director of the seminary in Zamora and worked hard and passionately, teaching his students love of the Eucharist and an unswerving devotion to Our Lady.

But Mexico’s political situation was increasing complicated. In 1910, with the onset of the Mexican Revolution, persecution against the Catholic Church became intense. Father Rafael Guizar, an outspoken defender of his Church and faith, was targeted by government officials.

Undeterred by government threats, he continued his work. To avoid the authorities, he was forced to carry out his duties more and more in secret. He managed to anoint the sick and administer other sacraments by disguising himself as a junk dealer, a musician, and a street vendor. He even posed as a homeopathic “medicine man.”

The authorities became more and more infuriated by Father Rafael’s actions. Their response to his continued “disobedience” to the “law” was to issue an order for him to be shot on sight. Father Rafael was thus forced to flee to the United States.

Father remained in the United States until the end of 1915. He then moved to Guatemala, where he oversaw the opening of a number of missions. His reputation as a missionary reached Cuba and he was asked to come to help establish missions there. He met with great success in Cuba and when he managed to help so many afflicted with the black plague in 1919, his reputation spread even more. Soon after, he was consecrated bishop of Veracruz.

As the revolution in Mexico officially ended,  Bishop Rafael Guizar y Valencia was able to return and, on Jan. 9, 1920, took charge of his diocese. He immediately went to work visiting parishes, preaching, teaching the faith, hearing confessions and coordinating efforts to help earthquake victims.

One of Bishop Rafael’s primary concerns was the education of future priests. He worked to save an old, rundown seminary in Xalapa, renovate it, and turn it into a functioning seminary, only to have it quickly seized and closed by the anti-Catholic government. Unflappable, Bishop Rafael secretly reopened the seminary in Mexico City.

That seminary functioned clandestinely for more than 15 years. It was the only seminary that remained open during the persecutions. Remarkably, even though the danger was so great, there were always many students secretly studying there for the priesthood.

In 1926, Presidente Plutarco Calles began his bloody persecution of the Catholic Church. This resulted in the Cristero War. Bishop Guizar was forced to flee Mexico again. In 1929, the Church reached an agreement with the Mexican government whereby the Unites States would get involved as a mediator in solving the crisis. Bishop Guizar then returned to Vera Cruz and continued his ministry. He became known as “the bishop of the poor.”

In December of 1937, while visiting Cordoba, Bishop Guizar suffered a heart attack. Even though he was severely weakened, he still managed the diocese and celebrated Mass every day. He passed away peacefully on June 6, 1938. He had been a bishop for 19 years. June 6 is marked as his feast day.

Nine of Bishop Rafael’s years as a priest and bishop had been spent in exile.

St. Rafael Guizar y Valencia, thank you for your inspiration and courage, and please pray for us.

The companion book to the movie For Greater Glory provides an in-depth look at the Cristero War, as well as a list of some of the many saints God raised up during that time.