The day St. Valentine’s relics got to Ireland

It was Fr. John Spratt, who arrived in Rome on December 15, 1835, who managed the transfer of St. Valentine’s remains from Rome to Dublin.

There is little to be known about St. Valentine himself. Some traditions claim he was either a priest in Rome or the bishop of Terni, Narnia and Amelia, in Umbria, central Italy. The very brief vita of Saint Valentinus we find in Jacobus De Voragine’s Legenda Aurea only tells us he was martyred under Claudius – the Roman emperor — as he refused to deny Christ, by the Flaminian Gate, in Rome. Allegedly, this earned him the nickname of Valentinus, which means – approximately — “he who shows great courage.” Before being beheaded, the Legenda adds, he restored sight and hearing of his jailer’s daughter. It was February 14th, 269. It seems Valentine was also being punished for secretly marrying young couples, so the husbands wouldn’t have to go to war. Of course, this was enough to be considered an enemy of the emperor.

Fr. John Spratt, the “beloved of Dublin’s poor”, visited Rome in 1835. A Carmelite friar, he had been for years the Provincial of the Carmelite Order in Ireland. He arrived in the Eternal City from Dublin on December 15, having been invited by the Jesuits to preach in their main church, the famous Gesú. As a personal friend to Cardinal Weld, Pope Gregory XVI’s adviser on affairs on Ireland and England, Fr. Spratt immediately became well known in most Roman circles, and was deeply loved by many, including the pope, who granted him custody of St. Valentine’s relics.

The remains of St. Valentine had been recently uncovered, as his grave was being restored at the time. Spratt took the reliquary containing St. Valentine’s body and a small vessel with his blood to the Whitefriars Street Church in Dublin, where it still can be visited today. The reliquary contains some of the saint’s remains (and the vessel of blood) enclosed in a small box, sealed with wax, with a red silk ribbon tied around it. The box, as explained by AtlasObscura, was then placed in a casket, which is opened from time to time to check its contents.

If you want to get to know the Whitefriars Street Church a bit better, feel free to check this photo gallery: 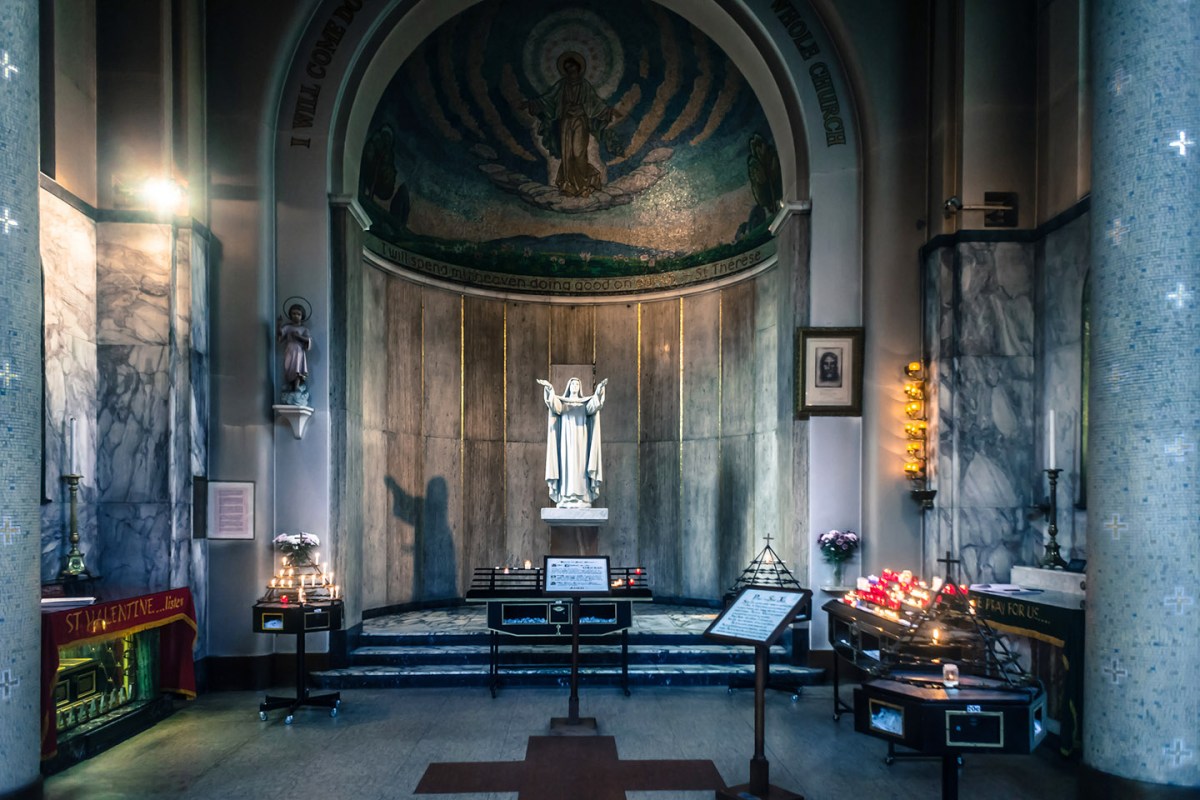