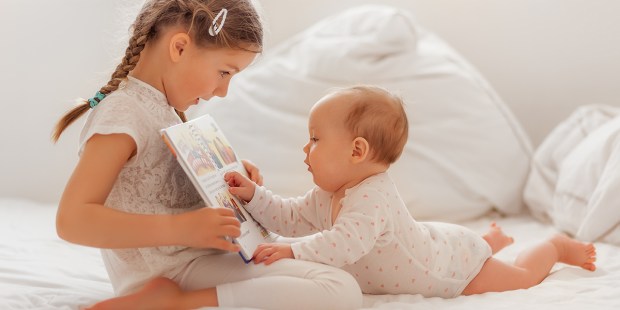 Research by the University of Edinburgh suggests first-born children have superior thinking skills because they get more stimulation from their parents.

A recently published study from the University of Edinburgh has found that first-born children profit from the benefits of being the eldest sibling in at least one significant way: they receive more intellectual stimulation from their parents. According to data, firstborns often receive more help with the tasks that allow them to develop their thinking skills.

The data, which was collected by the US Bureau of Labor Statistics by observing 5,000 children from pre-birth to age 14 and analyzed by a group of economists from the University of Edinburgh and researchers from the University of Sydney, showed elder siblings scored higher than their younger siblings on IQ tests. These results might explain the “birth-order effect,” a theory that claims children born first are, in general, not only better educated but receive higher wages over their lifespan.

According to the article published by Alexandra Topping in The Guardian, the study also showed parents have the tendency to change their parenting style as they keep on having children, thus giving their second and subsequent children less mental stimulation than they gave their firstborn.

If you want to read the full article, as published in The Guardian, click here.