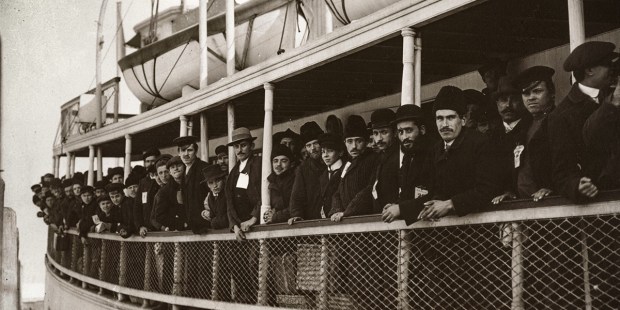 Refugees found safety in America in the 1940s, and in turn helped American students

Nazi Germany didn’t want them, and they might not have found such a great welcome in parts of the United States either. But a group of Jewish academics had a profound impact on a particular population in post-World War II America.

According to Heather Gilligan, writing at Timeline, many Jewish professors who left their native Germany in the 1930s found welcome at historically black colleges in the American South.

They were, no doubt, happy to have a place where they could freely practice their academic skills. But many were amazed at what they found.

Ernst Borinski, for example, was one of about 50 Jewish intellectuals who fled the Holocaust and settled in the deep South. He arrived at Tougaloo College in Mississippi in the early 1940s to find what Gilligan termed an “openly racial hierarchy.” And Jews were not considered white.

Gilligan notes that organizations such as the American Quakers placed Jewish academics at universities throughout the West and South, circumventing a quota system on Jews by “dispersing the refugees, even paying their salaries for universities that agreed to hire the German Jews.”

Borinski and economist Fritz Pappenheim, philosopher Ernst Manasse and others were shocked by conditions in the South, according to Gilligan.

“I was entirely unprepared when I came here,” Manasse told historian Gabrielle Simon Edgcomb, who first collected their stories in her book From Swastikas to Jim Crow. Manasse did not have a car, and kind African-American colleagues had taken to giving him a lift.

“We had rented the house at this time,” he recalled, “and I was called to the rent office. The neighbors had complained that I had Negro visitors who were not cleaning ladies or something like that.” A month or so later he got a ride again, and was once again called to the rent office. “I was told that the neighbor would not stand for it, and that if it happened again that he would shoot. Not at me, but at him [my colleague].”

Borinski, who became a noted sociologist, created an interracial intellectual salon called the Social Science Forum. He would have his African-American students come early to the dinner and sit in every other seat, so that whites arriving later had to sit next to a black person. Hard to imagine it today, but for many participants, it was the first time they’d had a meal with someone of a different race.

Years later, students would recall the impact these refugee professors had on them. Some of them went on to make names for themselves as well, including civil rights activists Joyce Ladner, former Surgeon General Jocelyn Elders, and artist John Biggers.