The timeless art of ignoring your children 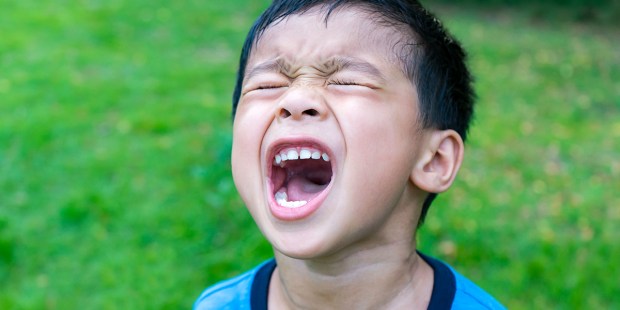 It sends a clear message: “I am not going to engage with—and thus inadvertently reinforce— certain behaviors.”

I was 14. Although I have long since forgotten what set me off, I was mad. Furious, actually. Furious enough that I started “going off” on my dad in a way that I had rarely done, making threats and doing all I could to make him feel guilty for what I thought he did wrong.

But as my tirade evolved, something happened — or didn’t —  that gradually left me feeling less confident in my righteousness. Although my father could be an emotional person, that day he did something that I’ve never forgotten.

By “ignored” I mean he didn’t say anything, he didn’t look at me, and he didn’t try to redirect me in any physical manner. He just sat there and took it, and by the end, I had been effectively shut down. The message was clear and remains clear to this day: If you treat me disrespectfully, then I am not going to engage with you. Had I been willing to have a discussion with him, I believe that the scenario would have been different. It may not have changed the outcome, but he would have likely been willing to talk it through. But not if he was simply the outlet for my fury.

Over the past 60 years, Applied Behavioral Analysis (ABA) has become one of the most well-researched and effective paradigms for addressing all kinds of negative behaviors in youth no matter what the range of functioning. Three hallmark strategies are used, which include positive reinforcement, environmental adaptations, and ignoring. In order to maximize effectiveness, all three must be used in conjunction. But at times, one specific technique may be most needed. Ignoring, I admit, might be the most difficult, whether you have a toddler who seems to be endlessly tantruming or an adolescent ceaselessly ranting.

But regardless of the challenge, ignoring remains a powerful intervention because it sends a very clear message: “I am not going to engage with—and thus inadvertently reinforce—behaviors that I feel are not appropriate for your age, development, and for the people around you.” Although parents may intuitively think that ignoring compromises their authority by not allowing them to “rise up” against an insurrection, it in fact does the opposite. It sends a clear message that I am willing to listen, discuss, and consider what you have to say, but only if it comes to me in a way that treats me as a human being, not a scapegoat or a sounding board.

A few caveats are important to note. One, ignoring is not advised for situations of potential serious harm for self, others, or property, although in each situation, the line is not always clear. For example, I have worked with children who bang their heads, which is frightening for parents for obvious reasons. In each situation, it is important to consider the potential for harm, and whether or not this may need to be addressed in a different way (e.g., if head banging is repeatedly done on a substrate, such as concrete, that could cause serious damage). Two, the most effective ignoring involves a cessation of physical, verbal, and eye contact. Partial ignoring can still be helpful, but is not optimally successful. Three, initially ignoring may actually increase the behavior in the short-term as a child (consciously and unconsciously) feels they just have to try harder (e.g., scream louder) to get your attention. But if parents persist with ignoring, the negative behaviors they are trying to change almost always decrease.

Lately, a certain mode of thought that has evolved in which ignoring (and other interventions, such as “timeout”) is seen as being inhumane, or unresponsive to a youth’s emotional needs. Respectfully, a few points should be considered. One, no high-quality studies have ever shown harm in using these techniques, while multitudes of high quality studies have shown benefits from the technique of ignoring. Two, if we reflect on how children develop into adults, understand that much of this occurs through unconscious social learning. If children learn that adults will immediately listen and intervene with them no matter how they treat others, then consider that they will likely expect the same thing as adults, which can have consequences for their relationships and even their employment. I love my kids unconditionally. But I hope they understand clearly that I don’t like certain things they do, and others won’t either.

Everyone has the right to their own thoughts and emotions expressed in an authentic, respectful way. Madonna has the right to be angry about the recent election. Trump has the right to disagree with Madonna. But no one has the right to threaten the sanctity of a person or place. As I learned from my father years ago, sometimes the best thing—the most effective thing—is to ignore people until a voice of reason and empathy emerges. Then, and only then, could we turn and make contact of any kind in an attempt to address the issue at hand.

For more on the topic of ignoring, check out the Pediatric Library tab through St. Mary’s or the book, Parenting the Strong-Willed Child by Rex Forehand.