An Israeli filmmaker follows the traces of the “forgotten Holocaust”: The Soviet Shoah 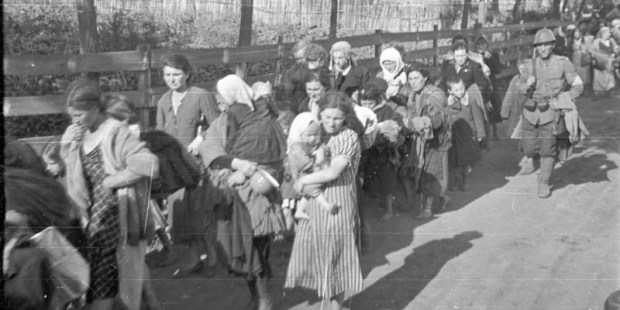 According to Boris Maftsir, an Israeli filmmaker, most narratives on the Holocaust only tell half the story: that of the destruction of the Western European Jewry. One hardly ever hears about the “forgotten Holocaust”: the Soviet Shoah.

The Nazis put the Soviet Jews in a separate category, labeling them “Judeo-Bolsheviks.” They considered them to be specially dangerous so, with a few exceptions, Nazis invading the Soviet Union never built ghettos or transported Jews elsewhere, as they did with German and Polish Jews. Rather, they would just kill them on the spot, in mass executions in both urban and rural environments.

The Nazis invaded the Soviet Union in June 1941. By the end of that year, they had already killed one million Jews both in the Soviet Union and the Baltic area. As Izabella Tavarosky points out in her article for Tablet, “that is the equivalent of the total number of Jews killed at Auschwitz during the entire war.” By the next year, the Nazis had killed another 700,000 Russian Jews. Of the estimated less than three million Soviet Jews who lived under Nazi occupation, only around 115,000 survived. And these numbers do not include the Jews who died in battle, as soldiers in the Red Army.

This is the story Maftsir is trying to tell in his project, Holocaust in the USSR. In Soviet times, for either political, ideological or other reasons, the Holocaust was never remembered, studied or archived as it was in Western Europe. It is known that in the whole territory once occupied by the Soviet Union, around 2,000 places can be connected to the Shoah. So far, Maftsir has already traveled to 160 of them, looking to archive the “living memory” still found in both victims, survivors and witnesses.