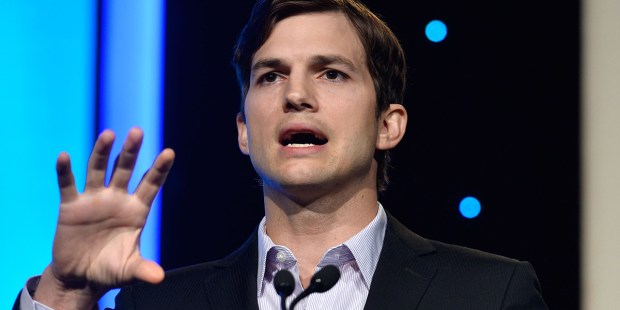 Actor Ashton Kutcher, well-known for his roles in That ’70s Show, Two and a Half Men, and Jobs, has recently used his power and influence in the war against sex trafficking. Since 2009 Kutcher has been working with actress Demi Moore to discover new and innovative ways to fight the plague of child exploitation.

Together they founded Thorn, an organization comprised of technology partners, NGOs and governments that cooperate in “leverag[ing] technology to combat predatory behavior, rescue victims, and protect vulnerable children.”

This past week, on behalf of his organization, Kutcher testified before the Senate Foreign Relations Committee in a hearing entitled, “Ending Modern Slavery: Building on Success.” Kutcher began his testimony stating that it is his firm belief “that we can end modern slavery during our lifetimes.”

He went on to relate how “this is an issue that touches real people’s lives. As a father of two young children, it is the stories of survivors and their resilience that have stayed with me and motivated me to do this work.”

After relating the tragic story of a young girl who was captured by a pimp and later rescued by law officers, Kutcher revealed a successful web-based application his organization developed that has been used to help identify victims and traffickers.

Referred to as “Spotlight,” Kutcher explained how the application has been successful with, “more than 4,000 officers from over 900 agencies across this country…using it and getting real results. In the last twelve months, it’s helped identify over 6,000 trafficking victims in the U.S., 2,000 of which were minors. It has also led to the identification of over 2,200 traffickers.”

Kutcher ended his testimony with a list of concrete actions he hopes can be accomplished to end child exploitation in the near future.

Besides drawing interest from various celebrities, ending the scandal of child slavery has also recently been on the heart of Pope Francis. Earlier this month Pope Francis urged everyone to join forces to end this modern-day atrocity.

“I urge all those in government positions to combat this scourge with firmness, giving voice to our younger brothers and sisters who have been wounded in their dignity. All efforts must be made to eradicate this shameful and intolerable crime.”

Pope Francis then signaled out Saint Josephine Bakita as an example of hope for all those who are exploited.

“[T]his enslaved, exploited and humiliated girl in Africa never lost hope…but persevered in her faith and ended up as a migrant in Europe where she heard the call of the Lord and became a nun. Let’s pray to Saint Josephine Bakita for all migrants and refugees who are exploited and suffer so much.”

In the end, child exploitation is a global crisis that must be ended and organizations like Kutcher’s and global leaders like Pope Francis are leading the way to close this unfortunate chapter in history.