That sinner in the mirror: How I started to understand Francis 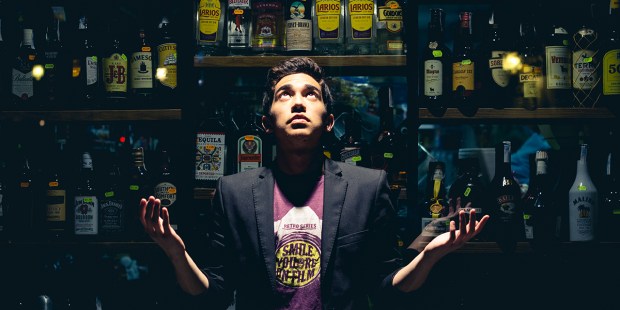 [This piece is offered in order to facilitate dialogue, and Aleteia welcomes thoughtful responses and conversation in the combox below. Non-anonymous commenting is especially welcome. Be advised, however, that the denigration of others, whether churchfolk or lay, by name-calling, slanderous remarks, judgments on the state of another’s soul, and similar uncharitable nonsense will be deleted. – Editor]


People with my temperament struggle to understand Pope Francis. We abhor sentimentality, and we find peace in the precise rational ordering of doctrine. Sometimes we call ourselves “Thomists” as a sort of unconscious proclamation of our prejudices. We appreciate the objective truth of the Gospel, and from it we derive our peace of mind.

Francis does not cater to us. In fact it sometimes appears that he is actively trying to frustrate us by disregarding what we most appreciate. His personality, his statements—the overall meaning of his papacy—elude us as we become alienated by an approach which seems chaotic and even in open contradiction with the beautifully worked out system of theological truths we hold so dear.

So again, people like me struggle with Francis. I myself have been struggling with his Amoris Laetitia, trying to understand how he could possibly divide the Church on the issue of Communion for the divorced and remarried. Was this question not already answered? And if answered how dare he take it upon himself to un-answer it. Did he realize what such an act would mean?

I began reviewing the relevant encyclicals and a number of other documents. I thought long and hard. Then something happened that pulled me back from the sublime realm of the intellect. It was simple: I looked in the mirror. And in seeing my reflection there, I remembered who I am, and who I was 10 years ago. I remembered that at that time in my life—about the age of 22—I had just had a profound “conversion” experience. As a result, I had become determined—with utmost vehemence—to live a Christian life and to serve God in some way.

There was only one catch: I was a drunk. I was drinking cheap whiskey every night, and lots of it. Every morning I would wake up on the floor of my kitchen, or the bedroom, or in someone else’s bedroom, or in my car on some strange Kansas back road. I would get to work on time—always on time, because closet drunks are excellent workers. At work I’d count the minutes until 5:00, and then do it all again, and again, and again. I had been living this way for about five years straight, without a break.

From the moment of my conversion I had tried to stop. I had been conditioned by all those “testimonies”—so beloved by contemporary Christianity—to believe that because I’d sincerely come to God, that sobriety was an immediate possibility. But it wasn’t. That is to say, at that particular point in my life, and within the circumstances in which I found myself, sobriety was impossible.

Yes, I know what they said at the Council of Trent: “If any one saith, that the commandments of God are, even for one that is justified and constituted in grace, impossible to keep; let him be anathema.” (Canon XVIII)

And I agree. Sobriety was always an objective possibility. Someone on the outside could have pointed out a dozen paths to sobriety. But subjectively—in terms of my lived experience—I was trapped. I confessed, I wept, I raged, I drank. I could not stop myself, and God chose not to stop me. Mine was not a “Road to Damascus” reversal story, even if I wanted it to be.

So the question is, “What was the Church to do with me?” Should I have been given the Eucharist? Under what conditions?

It seemed to me I was without a doubt living in an objectively sinful situation. I knew it. I was confessing constantly, but it was never enough. I discussed this with my priest, and we embarked on an erratic sacramental regimen. In this way I was able to receive the Eucharist, occasionally. But it was exhausting.

Finally he sat me down and tried to explain something to me. He said that it was abundantly clear to him, and certainly clear to God, that I wished to change my situation and to become sober. And because of this intention, I could receive the Eucharist with a clear conscience even if I hadn’t been able to confess that day. Do what you can do, confess when you can, accept the Eucharist with humility and trust.

I did not believe him. I wanted to accept his solution—his merciful, pastoral solution—but from my legalistic readings of the popes and the doctrine of the Church, I couldn’t. And I didn’t want exceptions made on my account.

Unfortunately, I couldn’t go on sitting by myself in the pew. The Eucharist is the heart of the Mass, and I was alienated from it. From my point of view, I was a Catholic who was not able to be Catholic. In the end I felt “cast out” by the Church, and so I cast myself out. I was away for a very long time.

At this point, the reader will be interpreting what I’ve said in any number of ways. Maybe I’m just justifying myself. Maybe I’m indulging in sentimentality, trying to evoke an emotional response from the reader in order to gloss over a heresy. Maybe.

But the fact is, I alienated myself from the Church for years because what I thought I knew about the Church told me that it could not embrace a person trapped in what he believed to be mortal sin. I knew it could embrace someone who had committed a mortal sin, but not a person who was committing mortal sin and would likely continue to commit it for the foreseeable future. That was the limit I had determined for the Church’s embrace. My priest tried to tell me different, but I needed to see it in the Church at large, and I didn’t.

Read more: The crux of Amoris Laetitia: For Francis, it’s all about confession

Now I hear Pope Francis telling the world what that priest tried to tell me. Yes, Francis is speaking of “irregular marriage,” which is certainly not the same thing as daily drunkenness. But like alcoholism, irregular marriages represent unfortunate circumstances from which it is immensely difficult to extricate oneself. And regarding such circumstances, Pope Francis has a message that desperately needs to be heard, which is that the embrace of the Church has no limits. Standards, yes, but no limits.

That is to say, there are the objective standards of morality taught by the Church, and the Church uses those standards to guide its judgments; but these standards never have the last word in particular cases. Cases like mine, for example, or cases of divorce and then remarriage. In these cases, something else comes into play. The subjective and the objective must be synthesized.

Remember, for example, that the Church teaches that infants are born tainted with sin, and that Baptism is necessary for salvation. True indeed, and this is doctrine. But this is also not the last word, because immediately after this claim in the Catechism we are told that because of the love of Christ, we need not say that these infants are damned. God is merciful, and his mercy runs faster than our sin. Sin does not have the last word.

Does this mean that the Church ought to discard her standards regarding divorce, adultery, and the Eucharist? Of course not. Nor should the Church discard her statements about drunkenness. What Francis suggests is no more than what the example of infant baptism implies: that our objective standards do not have the last word when it comes to individual culpability.

The last word must be personal, which is to say it must be a pastoral application of the norm, on a case by case basis, just as that priest, years ago, tried to do with me. Pope Francis is not trying to re-write doctrine. He is just trying to suggest that my priest was right.

Of course, now I’m sober and living in what you might call “relative virtue.” Now I no longer feel the constant need for Christ’s compassion, and the Eucharist is easier for me to get.

Now, sometimes I still fail to understand Francis. Until I look in the mirror and remember that the Church is a field hospital for wounded souls. While there are “standard procedures” in place for the treatment of the war-wounded, it goes without saying that every injury is unique. It is always up to the medic to make the call. As it should be.