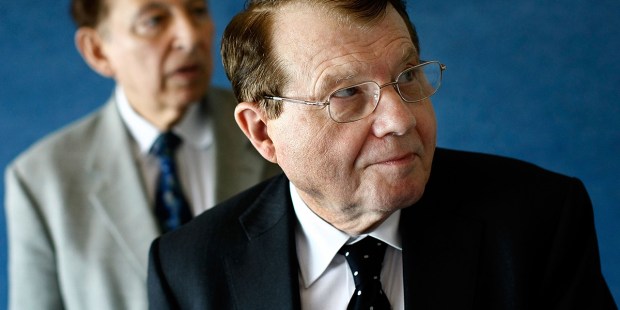 There are thousands of “inexplicable healings” reported every year at the Marian shrine in Lourdes, France, one of the most visited shrines in the world. However, only a minute number of these “healings” are deemed truly “miraculous” by the Church; the criteria for such a designation are extremely rigorous.

Many people reject the whole phenomenon, unaware of the rigor of the Church’s studies and uninformed about how the Church validates or rejects the thousands of “apparent miracles” presented for examination. For many people, the concept of “miracle” is just the talk of charlatans, lacking any scientific basis.

This attitude of certain “intellectuals” contrasts the respectful posture of certain prestigious professionals such as the French doctor Luc Montagnier, a recipient of the Nobel Prize in Medicine (2008), who among his various achievements, is credited with having discovered HIV.

A former director of the Pasteur Institute, this eminent scientist offered his opinion on Lourdes miracles in a book, Le Nobel et le Moine (The Nobel [Laureate] and the Monk), in which he dialogues with the Cistercian Michel Niassaut.

When the conversation turns to the inexplicable healings in Lourdes and Brother Michel asks the doctor his opinion as a non-believer, Montagnier responds: “When a phenomenon is inexplicable, if it really exists, then there’s no reason to deny it.”

If the phenomenon exists, what’s the point in denying it? It should be studied, not denied. Montaigner affirms that “in the miracles of Lourdes, there is something inexplicable,” and he rejects the position held by some scientists, who “commit the error of rejecting what they don’t understand. I don’t like this attitude. I frequently quote the astrophysicist Carl Sagan, ‘The absence of evidence is not evidence of absence.’”

Montagnier continues, “As far as the miracles of Lourdes that I’ve studied, I believe it really is something inexplicable.”

“I don’t have an explanation for these miracles,” he adds, “and I recognize that there are healings that are not included within the current limits of science.”

[Translated and adapted from an Aleteia Spanish excerpt from Religión en Libertad.]