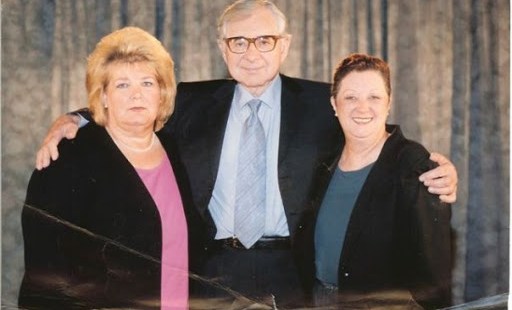 Living in obscurity, she came to regret being a part of a case that led to millions of abortions

Her real name never appeared on the Supreme Court case that led to legalizing abortion nationwide, but Norma McCorvey, the anonymous plaintiff in Roe v. Wade, was probably thankful for that. In the end, she came out as a strong opponent of abortion and claimed that she had been used by lawyers working to overturn state restrictions of the practice.

McCorvey died Saturday in Katy, Texas, the state where the landmark case originated. She was 69 and had been living in an assisted-living home. The cause of death was heart failure.

“Norma has been a friend of mine, and of Priests for Life, for more than 20 years,” said Father Frank Pavone, National Director of Priests for Life, in a statement. “She was victimized and exploited by abortion ideologues when she was a young woman but she came to be genuinely sorry that a decision named for her has led to the deaths of more than 58 million children. Norma’s conversion to Christianity, then to Catholicism, was sincere and I was honored to be part of that journey. I’m sorry she won’t be here to celebrate with me when we finally abolish legal abortion in this country, but I know she will be watching.”

According to the statement, McCorvey called Father Pavone “the catalyst that brought me into the Catholic Church.” He confirmed her in 1998.

“Norma McCorvey was a woman who allowed herself to be manipulated when she was at a low point, but she rose above that,” added Janet Morana, Executive Director of Priests for Life. “She never had an abortion but she sought, and found, healing at Rachel’s Vineyard for the part she played in the tragic and unjust Roe v. Wade decision, and she worked hard on behalf of the unborn as long as she was able.”

The New York Times gave some background on her life:

By her own account, she was the unwanted child of a broken home, a ninth-grade dropout who was raped repeatedly by a relative, and a homeless runaway and thief consigned to reform school. She was married at 16, divorced and left pregnant three times by different men. She had bouts of suicidal depression, she said….

She was 22 and pregnant when she joined the abortion rights struggle, claiming later that she had not really understood what it was all about. …

Plucked from obscurity in 1970 by Sarah Weddington and Linda Coffee, two young Dallas lawyers who wanted to challenge Texas laws that prohibited abortions except to save a mother’s life, Ms. McCorvey, five months pregnant with her third child, signed an affidavit she claimed she did not read. She just wanted a quick abortion and had no inkling that the case would become a cause célèbre.

Four months later, she gave birth to a daughter and surrendered her for adoption. (Her second child had also been given up for adoption, and her first was being raised by her mother.) She had little contact with her lawyers, never went to court or was asked to testify, and was uninvolved in proceedings that took three years to reach the Supreme Court.

On Jan. 22, 1973, the court ruled 7-2 in Roe v. Wade (Henry Wade, the Dallas County district attorney, was the defendant in the class-action suit) that privacy rights under the due process and equal rights clauses of the 14th Amendment extended to a woman’s decision to have an abortion in a pregnancy’s first trimester “free of interference by the state,” in the words of Justice Harry A. Blackmun, who wrote the opinion.

The majority rejected the view, pressed by opponents of liberalized abortion, that a fetus becomes a “person” upon conception and is thus entitled to the due process and equal protection guarantees.

Roe and Doe v Bolton, a companion ruling in a Georgia case on the same day nullified abortion laws in 46 states and effectively legalized the procedure across the United States. Sandra Cano, the plaintiff in that case, died in 2014. She also turned pro-life. (Cano is depicted in the photo above, at left, with McCorvey at right and the late Dr. Bernard Nathanson in the center.)

The Times noted that McCorvey remained anonymous in the wake of the landmark ruling, but about 10 years later began counseling patients at a women’s clinic in Dallas. She joined abortion rights rallies and began talking to the news media.

She made headlines in 1987 when she told the columnist Carl T. Rowan that she had lied when she told reporters in 1970 that her pregnancy had been the result of a gang rape. She said she had thought that the lie would help her get an abortion. Her lawyers did not mention the allegation, and it played no part in the lawsuit.

But it was a bombshell in the abortion debate as Ms. McCorvey became an emotional touchstone. To anti-abortion groups, she was an agent of murder in the womb and a liar who made up a rape story to get an abortion. To abortion rights proponents, she stood for all pregnant women harmed by restrictive laws.

In 1989, McCorvey joined a Washington abortion rights rally that included 300,000 people, appearing on a speakers’ platform with Gloria Steinem, Jane Fonda, Cybill Shepherd and Glenn Close. “I looked out at all those people, men and women, and so many people brought their children, and they were all there because of me and I started to cry,” McCorvey told the Times.

Six years later, she was working in a Dallas women’s clinic when the pro-life group Operation Rescue opened an office next door. “She couldn’t stand us, she hated us,” the Rev. Phillip Benham, an Evangelical minister and national director of Operation Rescue, told CNN. The Times continues:

But he and Ms. McCorvey met across protest lines and started talking about themselves, Christianity and abortion. She attended his church and within months was baptized by Mr. Benham as a born-again Christian.

Ms. McCorvey promptly disowned her past and began speaking for her newly adopted cause. She blamed abortion rights advocates for violence at abortion clinics.

“I personally think it’s the pro-abortion people who are doing this to collect on their insurance, so they can go out and build bigger and better killing centers,” she told CNN in 1997.

McCorvey became Catholic in 1998, after talks with Father Pavone.