Little boy born with only a small part of his brain can now speak, count, and attend school 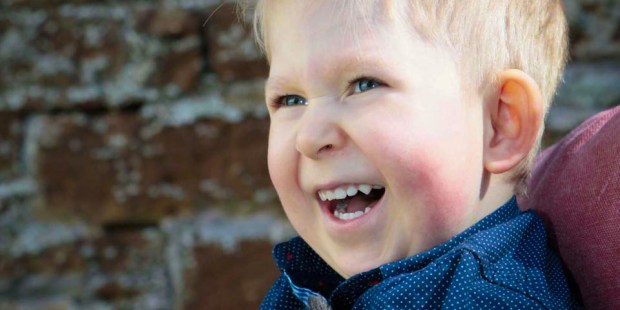 So much for what the experts said!

When Noah Wall was born, the doctors said he probably wouldn’t survive and if he did, he would be severely physically and developmentally disabled. Born with only 2 percent of his brain to a family in Cumbria, England, Noah had no hope — at least according to the doctors.

In utero, Noah had developed a rare complication of spina bifida where his skull filled with fluid, crushing his brain down into a “thin sliver of tissue,” according to the UK’s Mirror. His parents — Shelly and Rob — were advised to abort him on five occasions. They refused. After Noah’s birth, an open wound in his back was closed and a shunt was installed to drain the fluid from his brain.

Shelly and Rob picked out a baby coffin for Noah, but they also never stopped believing he was anything less than a great gift. They took him home and the entire family surrounded him constantly with love, affection, and 24-7 care. Noah’s brain began to grow. And grow. And grow some more.

When he was 3, a brain scan showed that his brain “had expanded to 80% of a normal brain.” Now a movie on Britain’s Channel 5 called The Boy Who Grew A Brain documents just how far Noah has come.

Noah, who’s always smiling and shows empathy and love in his words and deeds, is learning to read and write, can count, and attends school. His brain continues to develop beyond anyone’s wildest dreams and after some surgeries on his hips, Noah’s family believes he may actually walk one day. Given how this story has unfolded so far, you should probably bet on it.

[9/30/17 Editor’s note: The headline on this piece has been altered from its original: “Little boy born with no brain can now speak, count, and attend school” to reflect the fact that he was born with 2 percent of his brain.]