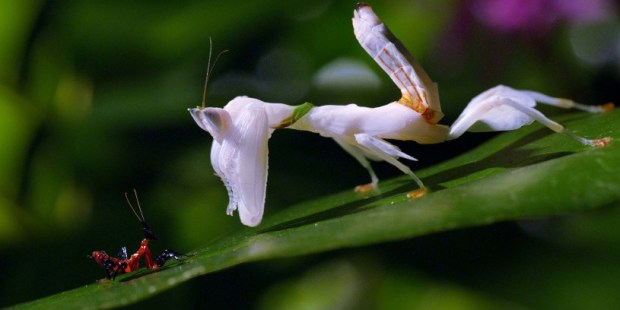 Narrated by Sir David Attenborough, the story of this little Orchid Praying Mantis is both thrilling and daunting

Traditionally, five different animals have been associated with Wushu — that is, Kung Fu. To be a bit more faithful to the literal translation of the Chinese expression Wu Xing, one should instead say “Five Forms.” However, since each of these forms corresponds to an animal, the five different Wushu boxing styles have been known as “The Five Animals.” In the Southern style, these five animals correspond to the crane, the tiger, the leopard, the snake and the dragon. Another style includes the crane, the tiger, and the snake as well, this time accompanied by the monkey and the protagonist of the magnificent video above (produced by BBC Earth and narrated by Sir David Attenborough), the praying mantis.

(And just so you can compare the original movements of the praying mantis with those used in Wushu, we included the video featuring Sifu Wong Kiew Kit, of the Shaolin Wahnam Institute, performing the “Shaolin Five Animal Set.”)