Is an agreement between the Holy See and China on the horizon? 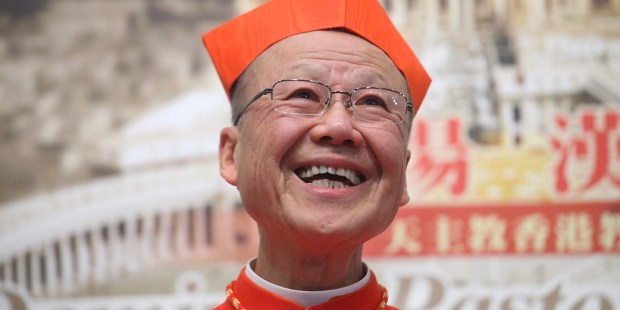 One might think so, according to the Cardinal of Hong Kong. But things are not always so simple.

Amidst the chiaroscuro that has marked the long and complex relationships between China and the Holy See historically, the news seemed the light at the end of the tunnel: finally, an agreement between the two sides might be at hand, said Cardinal John Tong Hon in his diocesan journal, the Sunday Examiner.

What are the grounds for such a claim? According to the cardinal, a “preliminary consensus” already exists, and it could be a solid basis to renew relations officially broken since 1951, the year of the expulsion of the papal nuncio in China by the young communist regime, then officially installed two years after Mao Tse Tung seized power.

Sixty-six years later, what constitutes the main blocking point in such relationships might finally be lifted: the appointment of Chinese Catholic bishops by the Holy See. While the Vatican considers what is at stake is the spiritual independence of the Church, the Chinese government sees such appointments as an interference in its own internal affairs.

One of the by-products of this tension is that, in China, there are currently “illegitimate” bishops: that is to say, bishops that have been chosen by the Chinese authorities, but who are not recognized by Rome. This situation was considered by Benedict XVI to be incompatible with Catholic doctrine.

On the other side, a Church with appointed “underground” bishops still subsists. These bishops were clandestinely appointed, in the past, by the Holy See, without official recognition of the Beijing regime. There are about 30 to 100 of these Chinese bishops.

According to Cardinal Tong Hon, there could now be a way out of the crisis brought about by this situation, which would obviously give the last word to the pope regarding the appointment of future bishops. The Chinese episcopal conference, which is linked to the government, could make recommendations on whom to appoint, but those would be only that — suggestions — with the Sovereign Pontiff reserving his right of veto.

In order to reach such an agreement, the prelate added that the seven illegitimately appointed bishops should ask Rome for forgiveness, as they remain on the verge of being excommunicated, having been ordained without the consent of the Holy See.

In spite of the cardinal’s apparent optimism — doubtlessly a way of testing the possible reactions on the Chinese side — observers in Rome recommend prudence. Indeed, a week after the prelate’s statements, a representative of the Patriotic Association of Chinese Catholics, an organization obviously linked to the Beijing regime, determined the dialogue between China and the Vatican should continue, even before one can speak on an agreement regarding the appointment of bishops. This Chinese diplomatic language, once translated into English, simply means: “do not put the cart before the horse!” implying the Chinese government has no need whatsoever to recognize the bishops of the “underground” Church.

In conclusion, in his analysis, Cardinal Hon claims time and patience will eventually do their work, in order to reach an agreement. At this point, it seems he is on the same page as Pope Francis, who declared last October that “things done in haste do not end well.”