Assisted fertility programs: What if they get the wrong father? 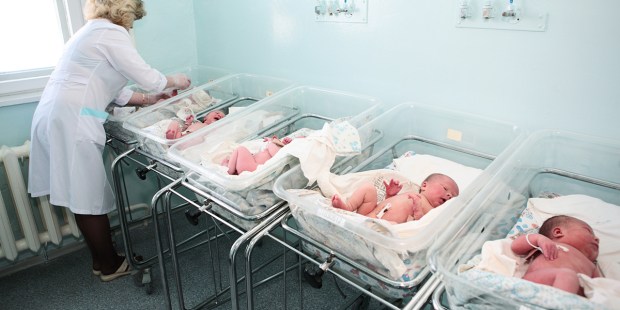 The possible consequences of “playing God”

A couple decides to have a child. The man can’t have any kids, as he has had a vasectomy. They do some research, and find out about the in vitro process. They go through several studies, tests and treatments and finally, voilá, they end up having twins. Years later, after a proof of paternity, they couple discovers the twins happen to be another father’s.

It sounds like the perfect script of a drama flick, but sadly it is not. In this case, as in many others, reality beats fiction. It happened in Las Palmas (Spain). The clinic informed the man that it was highly unlikely that he could have any kids. However, out of the five available ova they used for the process, he somehow managed to fertilize four. Was it sheer chance? “This is false test result,” he thought to himself. He later discovered that the RH blood type factor of the newborns was negative. The mother’s and his were positive. Could this whole situation be a mistake?

Science can claim, of course, that a 1% rate of error is controllable, but what if you are that 1%? For this couple, the consequences have been dramatic: the couple broke up — due to grudges and apparently unsubstantiated doubts — and finally, after a paternity test (as they were already in the process of making arrangements for child support), the medical error was discovered. After (yet another) judicial process, the clinic was forced to pay the couple a (much due) compensation. Yes, we might be talking about only a 1% rate of error, but these are human lives: the University Medical Center of Utrecht just admitted 26 women may have “received the sperm of a man who was not the potential father.” These errors occurred between April 2015 and November 2016.

The Pandora’s Box of life manipulation

Two other striking cases in Spain raise the question of allowing the practice of these techniques in elderly mothers. In this case, not because of medical errors, but rather because of ethical issues.

Carmen Bousada de Lara was a mother at age 67. In 2006 she wanted to be a mother so badly that she sold her flat in Cádiz, Spain, and traveled to the US, searching for a clinic willing to implant an embryo, from anonymous donors, in her womb. She lied to the doctors about her age and then returned to Spain, where she gave birth. Three years later, Carmen Bousada died, leaving behind two orphans.

Mauricia is 64 years old, and has just given birth to twins as well. She’s now facing charges: 8 years ago, she lost custody of one of her girls due to “isolation,” “lack of hygiene,” “lack of appropriate clothing,” inadequate dress,” “learning deprivation” and other charges. The investigation revealed that she had her twins in spite of both Spain’s Social Services and her family’s opposition.

Now, this case stands at a crossroad. Should they return the right of custody to the mother? Will the family who tried by all means to convince Mauricia not to have any kids at her age, have to take care of them? When do “sexual and reproductive rights” meet a limit, taking into account most current legal systems do yet not recognize specific rights for children conceived through these techniques, treating them as mere “products” of an economically profitable technique?

In vitro fertilization and artificial insemination, as can be seen, stand in the middle of multiple medical and ethical conditioning factors. We have discussed some of them before in other Aleteia editions. Now some of these long-known issues, and concrete cases of what science, when divorced from ethical concerns, can produce, are being noticed and reported in the media.