Seen the Friars’ “Brother” video? Here are 6 things you missed.

Not too long ago, we shared with you the Franciscan Friars’ cover of “Brother” by The Brilliance, and it became an instant hit among our viewers. The words of “Brother” clearly spell out love of neighbor, but the people involved and certain images presented in the video send just as powerful a message, though you may have missed it.

The producer of Brother, Br. Mark-Mary, shared with Cecilia Music six things you might have missed the first time you saw “Brother”:

Many friars have great gifts, which are painstakingly developed motivated by great Love, but they don’t want to be the star of the show. The friars always want to work with other friars.  They live together, pray together, struggle together, and preach the Gospel together. These friars strive to live as “experts in communion,” as Vita Consecrata calls Religious to do. Through the work of the Holy Spirit, the Franciscans, and we the Church, are called to be an authentic family and then bring others to share in that family.

Did you see the face of the piano player? Trick question: No. You didn’t. But if you look closely, you do see his hands, and most importantly, you see his wedding ring. The piano player, Fidel Cuellar, joyfully joined the friars for this production even though it meant spending the weekend away from his beautiful wife and daughter for the first time ever.  What was his motivation? Not the desire to be a celebrity, but rather, the desire to be a Christian. Priests and friars get a lot of attention for their public witness, but we cannot underestimate the value of the family as given to us by God and proclaimed by the Church.

Did you notice Our Lady in the background?  We filmed the video in the attic of a beautiful Church, which has perpetual adoration. The large statue of Mary in the background is the model which was used for the creation of the stunning altar and monstrance where the Holy Eucharist is perpetually exposed. Not only are we united to one another because we share a heavenly Father, but Jesus, motivated by his great love, also shared with us his Mother, “Mother, behold your son.”  She looks upon us as the most tender of mothers and intercedes for us as the most thoughtful of mothers, drawing us always closer to her beloved Son, her Lord and ours.

Did you notice the interesting bracelet around the wrist of the cello player, James Rosenbloom?Around his wrist is a small chain, an external sign of having given himself to Mary, of having joyfully received Jesus’ gift from the cross: “Son, behold your Mother.” Jesus loved his mother so profoundly during his earthly life, and continues to love her through the Church, through the body of Christ. We are not orphans.

“Brother” was built upon the sacrifices, generosity, talent, and prayers of the laity.  The friar-musicians are very good. The lay musicians are pros. A number of the musicians donated their time, adjusted their schedules, and used up vacation days. It was the generosity of many which covered the production costs, costs which were a fraction of what they should have been because of the generosity of Spirit Juice Studios. While eight people made it in front of the camera, there were another thirteen at work behind the scenes! We spoke above about the friars’ mission, but the laity have their mission as well. I pray that “Brother” inspires many men and women to ask the Lord how he wants them to share in his mission and put their talents at the service of our brothers and sisters dying of hunger for want of bread, beauty, and the Lord. 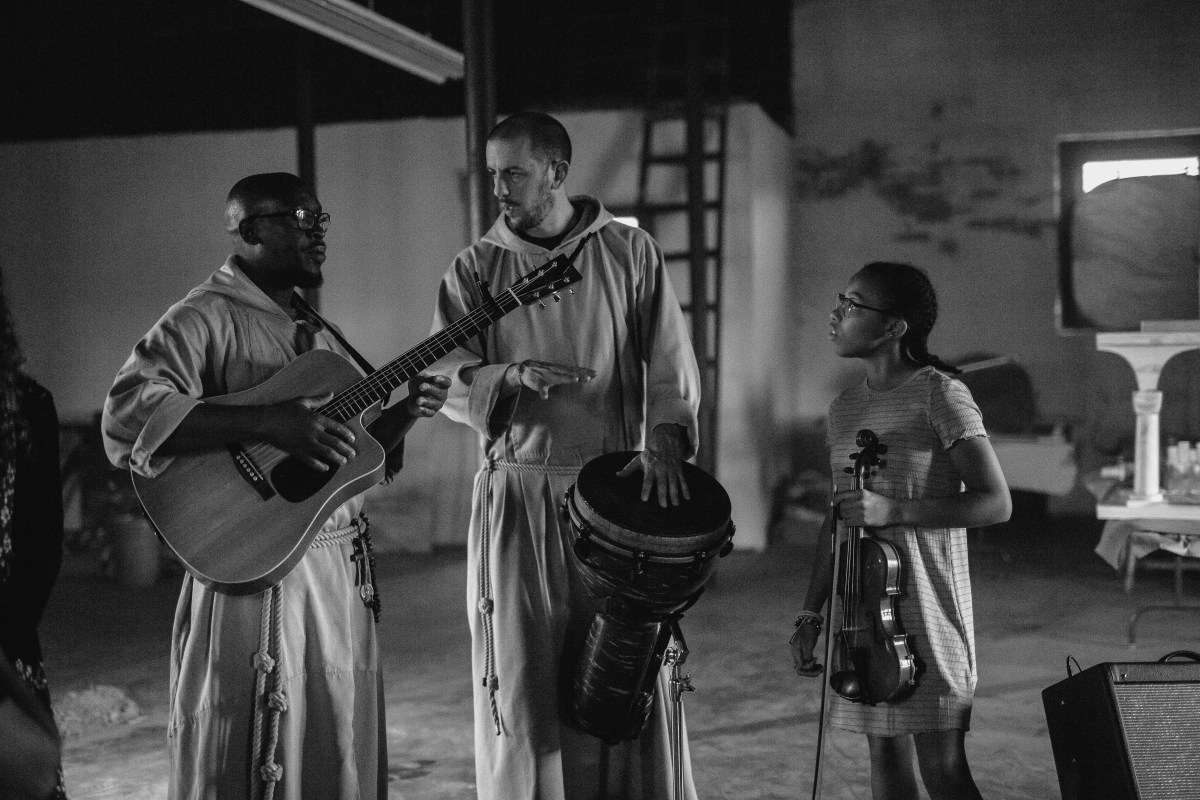