Watch 1910’s ‘Wizard of Oz,’ the earliest cinematographic version of the Oz classic 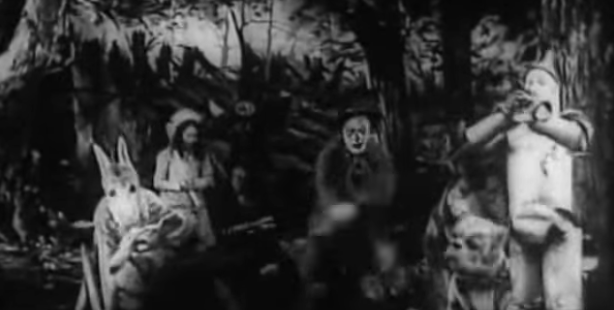 The film features farm animals alongside the Tin Man, the Scarecrow and the Lion

Lymar Frank Baum’s book, “The Wizard of Oz” saw the light in 1900. It was marvelously illustrated by William Wallace Denslow, and published by the George M. Hill Company. Ever since then, the story of Dorothy Gale trying to go back home to Kansas has been retold a million times in comics, cinema, animations, plays and in countless printed editions.

We all know Judy Garland’s and Diana Ross’s performances in the classic 1939 film and the musical adaptation The Wiz, but this 1910 silent version of it is anything but familiar to audiences a bit more used to another sense of aesthetics. Thanks to The Vintage News, now we can enjoy this very different adaptation, which features a couple of farm animals alongside the classic Tin Man, Scarecrow and Lion characters.