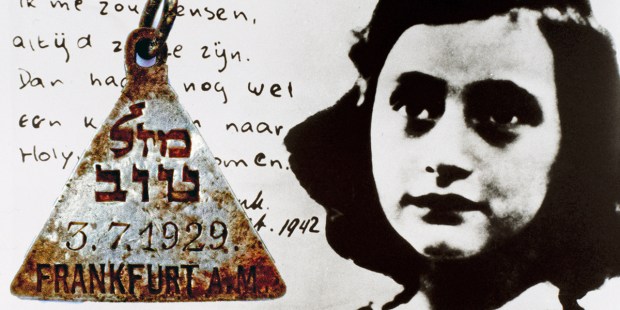 Anne Frank, the girl whose diary became a poignant testament to the horror of the Holocaust, may have left another artifact by which to remember her.

Archeologists have discovered a pendant, possibly an earring, that seems to be in some way connected to Frank, the German girl who kept her now-famous diary while in hiding in Amsterdam.

The pendant, discovered at the site of the Sobibór death camp in Poland, bears a close resemblance to one owned by Frank. Experts suspect that it belonged to a girl by the name of Karoline Cohn, who was deported from Frankfurt to Minsk in 1941.

“While it is not known if Cohn survived the harsh conditions in the Minsk ghetto, her pendant reached Sobibór sometime between November 1941 and September 1943, when the ghetto was liquidated and the 2,000 Jewish prisoners interned there were deported to the death camp,” according to Yad Vashem: The World Holocaust Remembrance Center in Jerusalem. “There, along the path to the gas chambers of Sobibór, the pendant belonging to 14-year-old Karoline Cohn was taken, dropped, and remained buried in the ground for over 70 years.”

Aside from similarities between the pendants, both Frank and Cohn were born in Frankfurt, suggesting a family connection. Researchers are trying to locate relatives of the two families to further explore this avenue.

According to photos released by the center, the triangular pendant has the phrase “Mazal Tov,” which means congratulations in Yiddish, engraved upon it along with Cohn’s date of birth and home city. On the other side, there are three stars of David as well as the Hebrew letter Hay, representing God.

Frank and her sister Margot died at Bergen-Belsen in October 1944. It’s not known how, exactly, Cohn’s earring got to Sobibór, where some 250,000 people died. But the prospects that it may have once been in Anne Frank’s possessions are indeed intriguing.