Texas couple building innovative housing community for adults with autism, like their son 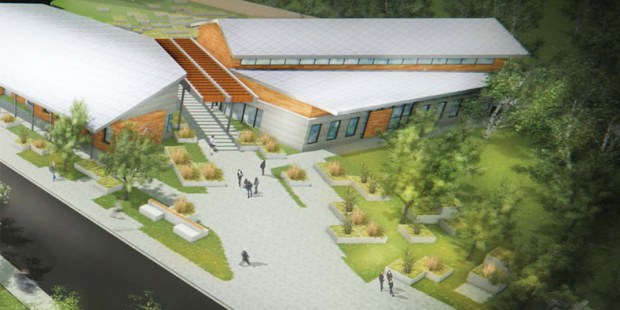 The “coming onslaught” of adults on the autism spectrum means creative options are needed.

In October 2015, Clay Heighten and his wife, Debra Caudy, invested $745,000 to purchase a 29-acre property in Denton County, Texas. Then they created a non-profit called 29 Acres to start raising money for a project dear to their hearts: a residential community for people with autism, the Dallas News reports.

Heighten, a retired emergency doctor and founder of a real estate management company, and Caudy, a retired medical oncologist, have a 19-year-old son named Jon who is on the severe end of the autism spectrum. Both were worried about Jon’s future, and after noticing the lack of options decided to create a place to help young adults with autism develop the skills needed to live and work independently.

“We’re trying to create something that would provide an enriched quality of life, so that people like Jon eventually require less supervision,” Heighten told Dallas News.

There will be an increasing demand for innovative programs and projects like 29 Acres to aid autistic adults. Accordion to the Autism Society, 35 percent of young adults with autism, ages 19-23, have not had a job or received postgraduate education after leaving high school.

Alarming rates of autism have led to greater public awareness of the disorder, which includes a range of symptoms and can be mild to severe. In 1991, one in 500 children were diagnosed with autism; in 2002 it was one in 150, and in 2014, it was one in 68 —a 30 percent increase in just two years. More recent studies reported by the CDC showed the numbers to now be 1 in 45, with a higher rate in boys than girls.

But as more attention is being given to supportive services for children with autism, the “oncoming onslaught” of adults with autism must also be addressed. According to the piece in Dallas News, health care economists estimate the yearly cost of autism in the United States to be $236 billion and Autism Speaks reports that a lifetime cost of supporting one individual with autism who has an intellectual disability is $2.4 million, according to a study in JAMA Pediatrics.

Experts say that when it comes to assisting those with autism there is no one-size-fits-all approach since the needs of autistic people differ. Heighten and Caudy say that their son, for example, will never be able to live independently. 29 Acres will screen residents and work with each person to determine and meet his or her needs.

The planned community will include 15 homes, a community center and a “transitional academy” which will teach skills to residents. Heighten and Caudy wanted a safe location where residents would also “have access to the surrounding community and not feel isolated.” They plan to work with nearby academic institutions and bring in small businesses that employ the autistic community, such as Smile Biscotti, a bakery founded in Arizona in 2013 by a young adult with autism, for which their son Jon has been working since November. There also are plans to build a bus stop near the property and to make ride-sharing services like Uber and Lyft available.

The hope is that the first set of residents will move in by 2018. According to the Dallas News, once 29 Acres is complete, it will employ approximately 200 staff.

A key feature of 29 Acres will be a transition program that could cost upwards of $50,000 per student. The hope is that scholarships will offset much of the cost. The academy is designed with the support of Jeff Ross, founder and director of a similar transition to independent living institutes in Arizona and California. This will be the third project he’s assisted in building.

So far, $1 million has been committed to 29 Acres by a handful of families in northern Texas who have children with autism. This fall they plan to break ground.