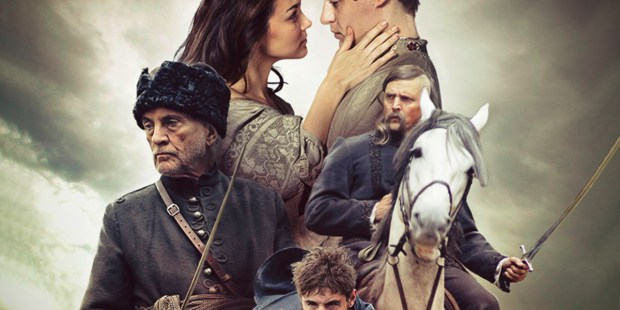 Thanks to this film, the forced starvation of millions of Ukrainians by Stalin’s Soviet regime may enter the mainstream consciousness.

There are many who consider the 1900s to be Satan’s century, and it’s hard to blame them, really. Beginning with the slaughter of 1.5 million Armenian Christians by the Young Turks, the 1900s would go on to become an era of unparalleled mass murder. Lenin’s Red Terror, Hitler’s Holocaust, Mao’s Great Leap Forward, Pol Pot’s Killing Fields, the Tutsi genocide in Rwanda; all of these ‘movements’ contributed to a death toll that would eventually reach into the tens of millions.

With such a cornucopia of horrors to choose from, it’s a sad truth that some such events would end up being lesser known than others. Such is the case with the Holodomor, the intentional starving of millions of Ukrainians by Stalin’s Soviet regime which occurred between 1932 and 1933. Not only has the Holodomor been overshadowed by many of the 20th century’s other atrocities but, as of today, only a few of the world’s governing bodies, the Vatican among them, are even willing to acknowledge that the genocide actually happened. Bitter Harvest, the new film from director George Mendeluk, hopes to do its part to help spread recognition of the Holodomor into the mainstream consciousness.

Bitter Harvest details the travails of Yuri (Max Irons), an aspiring artist living in a small Ukranian farming village, and Natalka (Samantha Barks), the young woman with whom Yuri has been enraptured with since childhood. Though he faces stiff competition from the other local boys, Yuri eventually wins Natalka’s heart and the two set about planning the rest of their lives together. Those plans are cut short, however, when not long after Yuri and Natalka are wed, Stalin’s forces arrive to carry out the dictator’s orders to slowly starve the Ukrainians into non-existence.

Yuri is forced to travel to the capital to work and study. Though he tries to stay out of the conflict, the oppression and executions he witnesses there eventually drive the young man to side with the Anti-Soviet forces. Natalka, who has remained behind to do what she can to help the village survive, soon faces inevitable starvation. Faced with the choice of submitting to prostitution or surrendering the village’s beloved gold-encrusted icon (which symbolically serves as a symbol of the farmers’ unwavering faith in the face of the communist threat), she instead chooses to become a key figure in the region’s underground rebellion. The two lovers are eventually reunited in a desperate attempt to escape the country’s heavily guarded borders, or die trying.

That the Church condemns the atrocities that occurred in Ukraine during the Holodomor goes without saying. Father Athanasius McVay’s book, The Holy See and the Holodomor: Documents from the Vatican Secret Archives on the Great Famine of 1932-1933 in Soviet Ukraine, details the efforts of Pope Pius XI to provide some type of relief to the victims during the enforced famine. Sadly, interference from the Soviet regime limited such aid to a single gift of 10,000 lire secreted to victims through German channels. Today, Pope Francis continues to speak out on the Holodomor, hoping to spread awareness of what happened to as many that will listen. Bitter Harvest hopes to do the same.

While its heart is in the right place, as a moviegoing experience, Bitter Harvest is something of a mixed bag. Like Doctor Zhivago, on which its structure is somewhat modeled, the film attempts to portray a monumental national struggle through the personal lens of a single lifelong love affair. Unfortunately, Bitter Harvest doesn’t have half the resources David Lean’s film did, so it can’t quite reach the heights it is aiming for.

The intimate opening scenes in which Yuri recalls his childhood with Natalka are nicely realized by Mendeluk and his cinematographer, one-time Kubrik crewman Douglas Milsome. Appropriate to the young man’s artistic aspirations, these scenes are filmed as if they all take place in an idealized painting. Once the story broadens, however, the movie’s budget betrays it and the whole exercise takes on a made-for-TV feel rather than one of a grand cinematic experience.

Still, as the first major attempt to bring the horrors of the Holodomor to the big screen, Bitter Harvest is an admirable effort, and its cinematic shortcomings may not be as noticeable once it reaches the home video market. If nothing else, perhaps it will inspire other filmmakers to seek out and provide stories within the same setting. Maybe if we get enough of them, the Holomodor will finally take its rightful place among the rest of the 20th century’s atrocities we must always remember lest we be doomed to repeat them.