We aren’t trying to become religious rock stars. We have a message that has to be told.

Our goal is to preach the Gospel in a language that modern minds can understand, a language characterized by music and motion. – Br. Mark-Mary

The Franciscan Friars of the Renewal are not the only religious making music, but they have caused quite a sensation with their videos, racking up more views than just about any Catholic artist out there. Their music is breaking barriers, and despite their vow of poverty, thanks to the generosity of Spirit Juice studios, their videos are at the cutting edge of technology: their latest, a one take video (probably the first Catholic artists to do so), was shot with an Amira camera (the same kind used by the majority of “Best Picture” nominees). Oh, and their basketball and beatboxing skills are decidedly on point.

But none of that is the point: It’s not about view counts or the latest tech toys. Those are means.

“My hope with our various productions is not Franciscan Friar of the Renewal branding, or to create CFR rock stars,” shared Br. Mark-Mary, the producer behind the friars’ recent string of music videos. “Our goal is to preach the Gospel in a language that modern minds can understand, a language characterized by music and motion.”

“As we share this song and video with the world,” continued Br. Mark-Mary, “my prayer is that the refrain ‘I believe in your love’ will lay down roots in the hearts and minds of many, and that this simple refrain will be anointed by the Lord, and be a source of hope no matter how dark the situation someone finds themselves in.”

This is the message that has to be told: the Gospel. The Good News. The revelation of God’s love for us.

And this is the message behind their latest release, “Rising,” written by Br. Tansi Ibisi, CFR, a soon-to-be-ordained priest in the community. Br. Tansi shared the story behind the song with Cecilia Music:

I met Irene at Calvary. She was probably in her late fifties. She was a cancer patient there, which is a place where palliative care is given to the dying. I would visit her, talk to her, laugh with her, pray with her, and bring her the Eucharist.She didn’t really have any visitors because, for one reason or another, her son and daughter had given up on her. She also admitted to having fallen away from the faith, but was now desirous to return to it.There was a picture in her room in which she looked like a beautiful young bride. On one occasion, while visiting her, I said to her, “You look beautiful Irene!” “You liar,” she replied jokingly.I did mean it though. I really did think that she looked even more beautiful than in the picture, because she was now like a bride being prepared for a more wonderful wedding. Irene was being prepared for an even greater day in which she would live in union with her Beloved forever.I interpreted her longing to return to Christ and her yearning to receive the Eucharist again as a desire to be beautified for Christ her Bridegroom. She wanted to rise with Him.Irene died a few days later and it dawned on me that, during her time of suffering, Christ, the Bridegroom had taken her by her hand and she’d already begun to rise with Him.Because Christ’s suffering has meaning, ours does too. The resurrection of Christ, accomplished after His suffering on the cross, embraces the mystery of the resurrection of His whole body. In a sense, Christ is continually rising. The resurrection continues to happen in His mystical Body.This, simply, is the meaning of this song. The beauty and power of suffering that leads to the revelation of the love of God for us, and which also leads to a deeper embrace of love, is the inspiration behind this song.God’s love cannot be defeated. Suffering is not the end of the story, death is not the end. We all rise with Christ when we simply let Him take hold of us and bring us into the embrace of God’s love.

Help the friars to continue their ministry by picking up their music on iTunes: you can find the “Rising” single here, or pick up the extended live version. 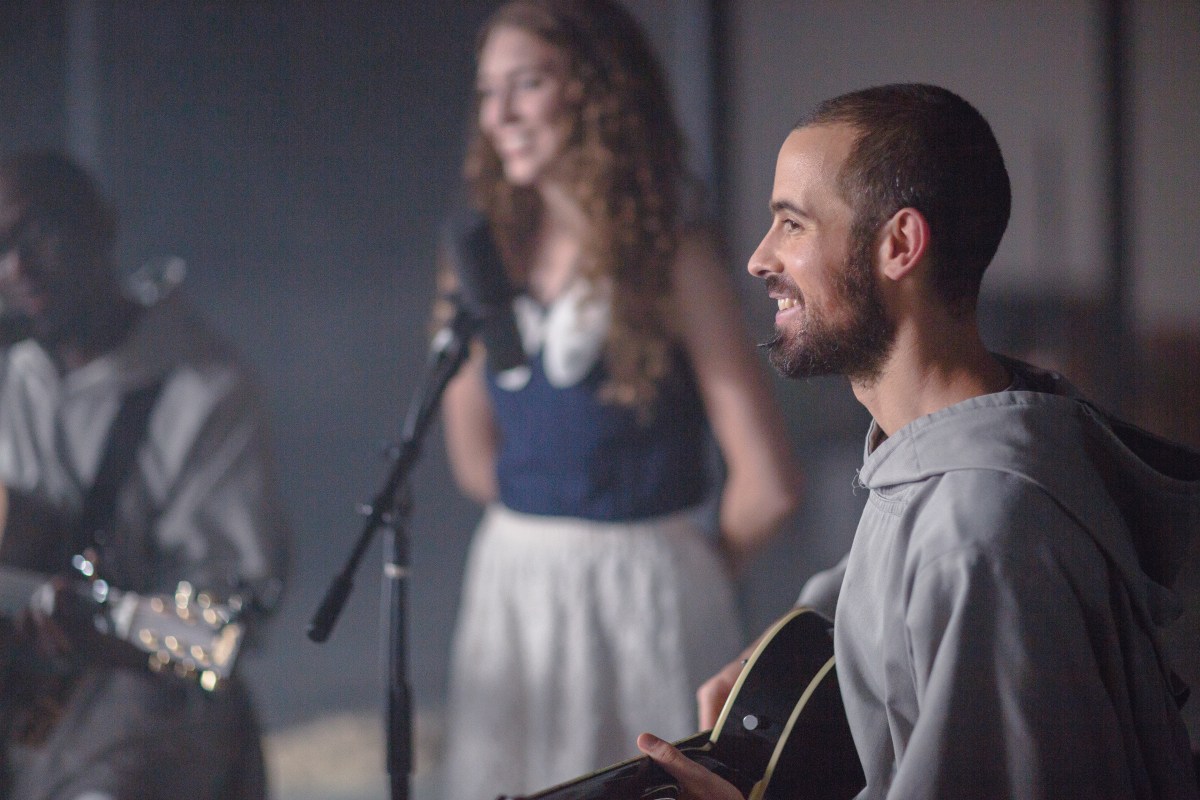