Is this building both the Tomb of King David and where Jesus’ Last Supper took place? 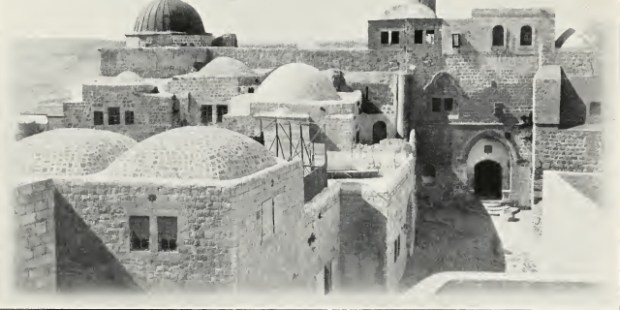 This two-story building is right outside the Old City walls on the southern side of Jerusalem. Traditionally called “the Cenacle” – the anglicized form of the Latin coenaculum, “the place in which one has dinner,” that is, “dining room” — the building has gone through a lot of both natural and man-inflicted damage, from the days of Second Temple to those of the Ottoman Empire, through the Byzantine and Crusader periods. It has been, through the ages, a church, a synagogue and a mosque.

The building’s story is divided into two parts: that of the lower lever and that of the upper level. Tradition claims  — at least since the Early Middle Ages — that the lower story is the place King David is buried, and the upper story is the room in which Jesus’ Last Supper took place. Interestingly, both claims had not been the object of scholarly archaeological debate until recently.

As reported by Biblical Archaeology Review, David Christian Clausen, a professor in the Department of Religious Studies in the University of North Carolina, has examined the evidence backing up both claims, explaining that no archaeological excavation has ever been attempted in the site. Actually, whenever there has been some activity around the place, it has been only related to either construction or renovations, which leaves tradition as the only source that might back up such claims. But tradition — this is no surprise — also has some gaps of its own.

The case for Jesus’ Last Supper is even more difficult, as the Gospels do not specify its location at all. The sources that identify this building as the place in which Jesus had his last meal with the Apostles before his Passion go back to the 4th century, and are surrounded by legends that claim the Cenacle was an early place of worship for Christians living in Jerusalem. Actually, the Byzantine Basilica of Hagia Zion was built next to it in 379, and demolished in 1009, but, again, there is no archaeological proof of it.

If you want to read the whole article, as published in Biblical Archaeology Review, click here.