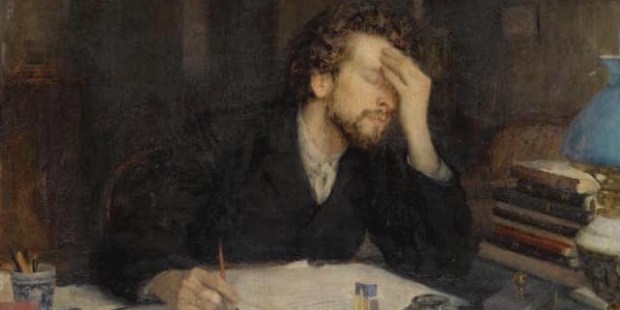 Procrastination and being overconfident of one’s own talents, it seems, go hand in hand

Procrastinating, it seems, has a lot to do with those A’s you effortlessly got as a student. While everybody else was struggling with those assignments, you felt like you were shooting fish in a barrel. While you saw some of your peers struggling with layups, you were already ready for the slam dunk contest. While you saw your friends putting a lot of effort in their reading and writing, you felt you were the Walker Percy in the room.

And that’s how you learned that hard work is not necessarily the key to success. After all, you were getting all those A’s without breaking a sweat. And that  — as Megan McArdle writes in her piece for The Atlantic — taught you an awful lesson: “that success in work mostly depends on natural talent.”

Even though McArdle’s article focuses on writers — “writers are the worst procrastinators,” she claims (and if you happen to be one, you know she might be hitting the nail on the head) — the lesson applies to everyone who happens to excel in his or her field. Athletes can eventually give up on training on the basis of being already fit for the job, and one can experience a certain sense of self-sufficiency once one “gets the gist” of whatever trade or craft one’s into, which eventually might lead to stagnation. Or procrastination, on the grounds that you “already know what to do” and “it’ll only take a minute.” Ring any bells?

The remedy, evidently enough, is simply “embracing hard work,” as McArdle says. But it also has to do, the author claims, with taking a look at what we don’t learn in school. Usually, when one is presented with, let’s say, a great piece of literature, we only see the final product of it. Hardly ever do we hear anything about how many times Melville had to rewrite this or that passage. “You never see the mistakes, or the struggle,” McArdle explains. But we do see ours. Constantly. And that constant comparison — yes, you guessed it right — might very well be the source of procrastination (and, also, of a whole bunch of insecurities).

If you want to read McArdle’s article (which we highly recommend you do), click here. And please, don’t leave it for later. Don’t procrastinate on this one.