3 Ways to give alms during Lent 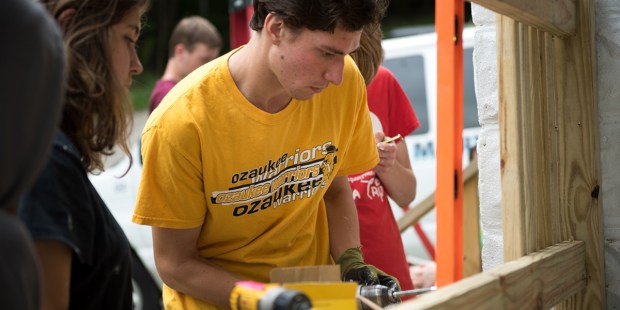 As Lent begins, it’s a good time to reflect on how we plan to spend both our money and our time during the coming 40 days.

Once, when I was a teenager, I sat down at my desk with a piece of paper and scheduled out an entire week. I planned time for exercise, studying, eating, sleeping, chores, school and the fun stuff. It was an informative exercise and I wish I had saved my work (if only to see what my teenage self was thinking). While I don’t remember if I followed my plan exactly, I do remember realizing that there was not a lot of time in a 168-hour week left over for the “fun stuff.”

Our time is one of our greatest gifts. Money, often considered a great gift, actually pales in comparison. Most everyone can always make more money. But no one can make more time.

Still, money is a gift and one that is meant to be shared, particularly during Lent, when the Church encourages us to increase our generosity in almsgiving. As Lent begins, it’s a good time to reflect on how we plan to spend both our money and our time during the coming 40 days.

The Bishops weigh in on Lenten almsgiving…

The United States Conference of Catholic Bishops (USCCB) reminds us that during Lent, Catholics are “asked to focus more intently on ‘almsgiving,’ which means donating money or goods to the poor and performing other acts of charity.”

There are many ways to give alms during Lent. The key is to find a cause that helps your neighbor in need through the corporal works of mercy (feeding the hungry, clothing the naked, visiting the sick and imprisoned as well as burying the dead).

Here are just three simple ideas to get you started on your Lenten almsgiving mission.

Almsgiving is just one of three pillars of Lenten service, the others being prayer and fasting. The three go hand in hand and should be a regular part of your Catholic life and not just a once-a-year Lenten sacrifice.

There will be 960 hours in Lent. How will you spend them?