Give up the Church for Lent 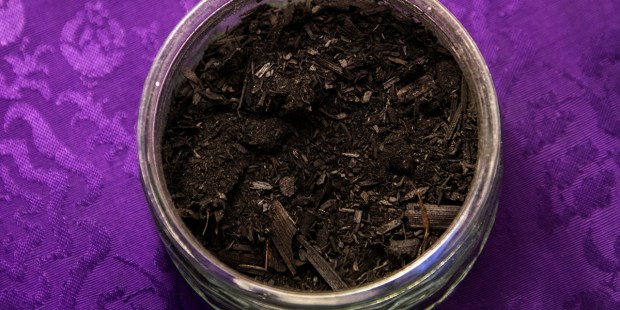 Yes, I mean that: Give up the Church for Lent. I mean it especially for those who argue about the Church on Facebook and Twitter or eagerly read through all the websites that feature stories about the latest controversies, whose hearts leap a little at stories of Catholic scandal, conflict, or intrigue. They, and this “they” includes me, need to give it up.

We seem to be creatures who love binary conflicts and instinctively take sides, and when we take a side make the conflict as black and white as possible. No heroism is too great for our heroes, no villainy too great for the other side’s champions. Every battle is the final battle. And we tend to look for the enemy within. If anything, we’re more eager to fight a civil war than a foreign war.

It’s addictive, the rush of indignation and outrage. The power of the drug is increased by the echo chamber of the web and the praise you’ll get from your readers.

I know the addiction myself, much too well, and also how deceptive the temptation can be. I enjoy charging into battle in defense of the underdog, the enjoyment increased by the feeling I’m not a partisan like everyone else but someone who’s just trying to establish justice. I’d feel guilty slapping someone down in my own defense, but virtuous for taking the same pleasure in slapping someone down in another’s defense. That’s my temptation. You will have your own, and it will be equally self-flattering.

So give up the Church
Hence my suggestion for Lent: Give up the Church. Not the Church as she comes to you, in the Mass, confession, adoration, prayer, devotion, and calendar, in the Blessed Virgin, St. Joseph, and the saints, and in her spiritual and theological works. I mean the Church as you see her when you see her from outside, as a thing, particularly as a battlefield or a political object, as a competition between good guys and bad guys.

Your feelings about the goings on in the Knights of Malta, or Cardinal Burke’s assignments, or the famous footnote in Amoris Laetitia and the Dubia, or the pope’s addresses, or the American bishops’ declarations on immigration, or Fr. James Martin, or whose feet are washed on Holy Thursday, or the extraordinary form, or church music, don’t matter. They don’t affect anything, especially not the decisions of the people who decide these things. Francis does not eagerly scan your Facebook page for instructions. Neither does Cardinal Burke.

Give up the Church for Lent. Don’t read the usual controversial websites. Don’t open the email messages from the friend who’s always sending stories of scandal and offense. Skim through Facebook and Twitter and skip over the items tempting you to jump into battle, and definitely don’t click on the links.

Do two things
I’d suggest doing two things instead. First, make a list of all those people who upset you and pray for them every day. They’re going to occupy some portion of your time, so you might as well spend it praying for them. And besides, your anger won’t affect anything, but your prayers might.

Second, seek out the stories people tell about their lives. It’s a kind of antidote to indignation, to the reaction to people that drives you away from them. Hearing their stories pulls you closer to people because you know a little about their lives from the inside.

It would be especially useful to read the stories of people whose choices you have to oppose. The man who wants to marry another man, for example, or the pro-abortion activist. It will change the way you say “no.” Doing that would be an imitation of Christ, as when he saw the crowds and had compassion for them and when he looked at the rich young ruler and loved him, and told him how to fix the one thing he lacked.