Masada: the Judaean fortress that became a Byzantine monastery

High atop a cliff in the Judaean Desert, overlooking the Dead Sea, the ancient fortress was built by Alexander Jannaeus, the second Hasmonean king of Judaea.

Almost everything we know about the fortress of Masada we owe to the first century Jewish-Roman historian Josephus. High atop an isolated rock plateau, overlooking the Dead Sea, the fortress was –according to Josephus’ writings- first built by the second Hasmonean king of Judaea, Alexander Jannaeus, in the first century BC –that is to say, at least 2100 years before Norman Jewison decided to shoot the cinematographic version of Jesus Christ Superstar in, precisely, the ruins of Masada-, but it was nothing more than a small fortification.

Masada means, literally, fortress, so referring to it as “the fortress of Masada” might be redundant. After his father Antipater –the founder of the Herodian dynasty- died, Herod The Great captured Masada and made it its own, then building a great fortress and two palaces he would occupy in case of a rebellion. Those were the days of the power struggles that followed the end of the Hasmonean dynasty and the arise of the Herodians. But the great Siege of Masada was yet to come, just a few decades later, at the beginning of the First Jewish-Roman war.

Long story short, after the Romans destroyed the Second Temple, a group of Jewish rebels fled Jerusalem and settled themselves in Masada. Lucius Flavius Silva, who was then the Governor of Judaea, sieged the cliff for two or three months and eventually the Roman Tenth Legion was able to break through the walls and gates of the fortress and palaces of Masada in the year 73. Josephus claims, probably based on some testimonies from Roman soldiers that might have been accessible to him, that when the Romans entered the fortress they discovered the defendants had committed mass suicide –or, most likely, they killed each other- as they preferred not to be killed by Romans. According to Josephus, almost a thousand bodies were found.

The last time Masada was occupied was during the Byzantine period, when a church and a monastery were built in the site: the Monastery of Marda, which is known only for certain references found the biographies of St. Sabbas and St. Euthymius. 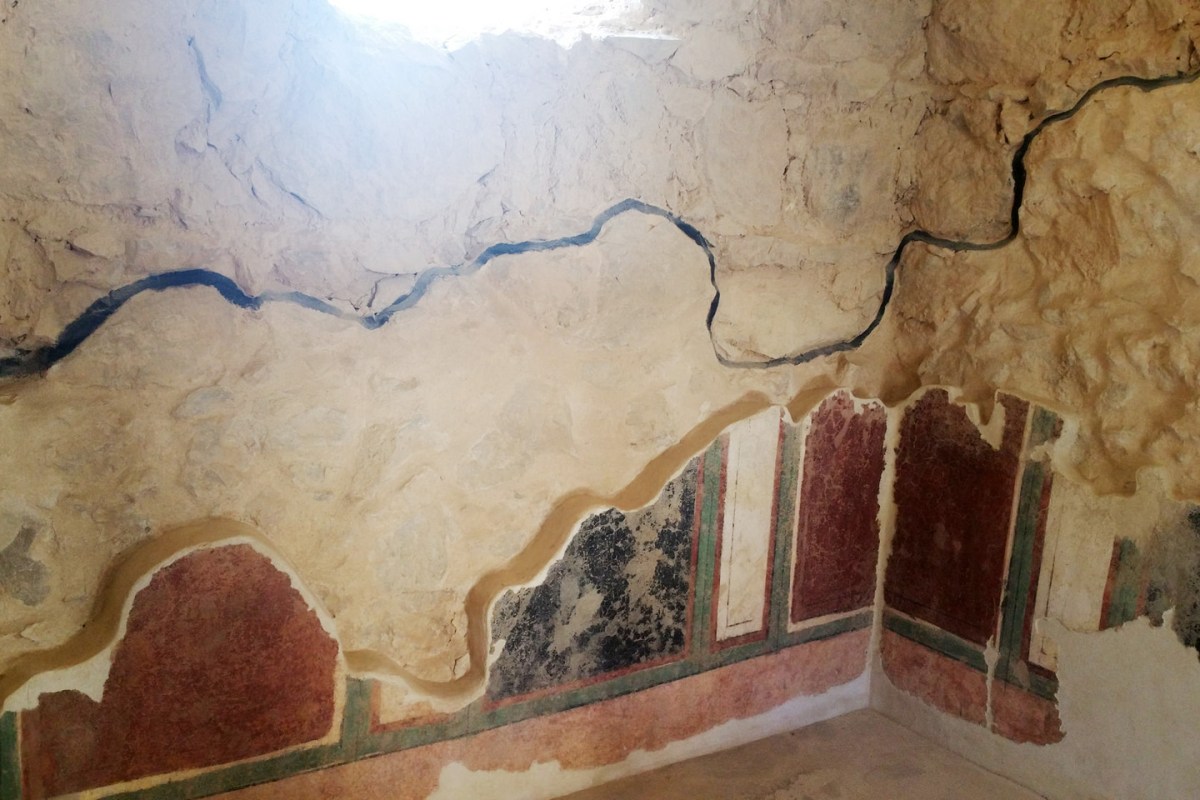