Is automation taking our jobs or creating new ones? 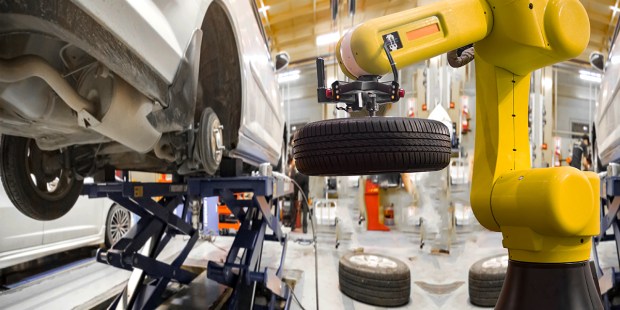 While companies replace workers with robots and algorithms, some alarms might start beeping.

Technology makes our lives not only easier but, plainly and simply, possible — hardly anyone would argue against that. Most late 19th- and early 20th-century philosophers, sociologists and anthropologists would claim that technology is the proper human way of being in the world: being able to use tools to modify nature constitutes the gap that separates human beings from other animals. In fact, human beings cannot survive in the wild — some rare “feral” alleged cases proved to be false, the rest being either mythical or fictional characters, like Kipling’s Mowgli — without using basic tools (hammers and knives, to begin with).

Moreover, the always-moving-forward rhythm of technology has also been understood as a promise: that of getting rid of what has been called “alienating labor.” Eventually — so the promise goes — technology will be able to take over certain jobs that, due to their very nature, are not considered to be suitable for human beings, as such activities do not allow for a proper development of human capacities. The automation of certain processes, indeed, has allowed for the elimination of some jobs that we might consider “unhuman” – think about, for instance, today’s automated toll stations or any vending machine. On the other hand, and even if technology indeed creates new jobs — taking a look at Silicon Valley, South Korea or India should be more than enough — the question of who’s ready to take those jobs remains, as “technical illiteracy” is indeed a gap yet to be bridged.

Statistics clearly show how automation boosts productivity and efficiency. Recently, a factory in Dongguan city replaced 90 percent of its employees with machines, which led to a 250 percent production increase and an 80 percent drop in defects, according to an article by June Javelosa in the Business Insider. Before this transition, Changying Precision Technology hired 650 human workers, who now have been substituted with 60 robot arms able to work 24/7. Only 60 workers remain employed by the company. This immediately — and evidently — poses the question on the relationship between technology and unemployment: if technology creates jobs, it seemingly does so on the other end of the production chain. Efficiency, Javelosa writes, “comes with a price: our jobs”: according to a study conducted by Oxford University, 47 percent of jobs in the US are at risk of being automated in the next 20 years.

Automation, contrary to what is commonly believed, won’t only affect factory jobs. The boundaries of automation are now far beyond the borders of manufacturing, as Artificial Intelligence is more and more self-performative. New technological developments now allow AI terminals to learn — that’s basically how every single algorithm works — and process information (Big Data) in order to come up with proposals, solutions and patterns in ways human employees might probably not come up with in years, basically because of the amount of data that has to be processed. But now, the next frontier has already been reached: AI is now currently writing and rewriting its own code to increase its own intelligence. Might this mean coders will eventually also be standing on the “unemployed” line in the next few decades?