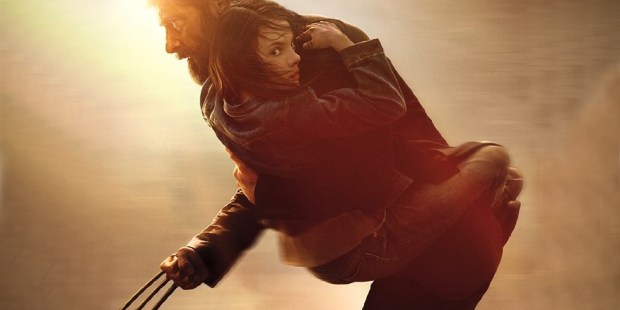 While there is plenty of action, it is the film’s heart that will most likely linger in the mind as the credits roll.

It has been widely publicized that Logan, the latest film in the X-Men franchise, is to be the last hurrah for both Hugh Jackman as Wolverine and Patrick Stewart as Professor X. However, if this news leaves you with the impression the movie is going to be a joyful send-off for everyone’s favorite mutants, then you don’t really know the X-Men at all. You see, Logan takes place in the coming year of 2029, and if there has been one constant in the hundreds of times an X-Men story has been set in the future, it is that the future is always a miserable place to be.

This time around is no exception. As Logan begins, the X-Men are no more, mutant kind having been hunted to the verge of extinction. As for the Wolverine, with his healing factor slowly deteriorating, the once fearsome force of nature has been reduced to earning a living as a limousine driver in Texas. He accepts this position so that he can afford medication for the ailing Professor X, whose once great mind is now wracked with disease.

Not only is Xavier’s condition a sad development, but a dangerous one as well. The man’s near limitless psychic abilities have always made his mind one of the most devastating weapons on the planet, and now it is becoming unstable. His frequent seizures have, in fact, already resulted in several deaths. To protect both his mentor and anyone else within miles, Logan has secreted the professor away inside an abandoned farm silo in Mexico where he is cared for by the mutant Caliban.

Logan’s plan is to eventually secure enough funds to buy a boat, which he will then use to carry himself and his charges to some isolated island where they can live out their final days in relative peace. Everything is thrown into chaos, however, when Logan is approached by a nurse who insists the aging hero has a responsibility to aid her and the young child she has in tow.

The woman reveals that the girl, Laura, is herself a mutant whose powers (and surly attitude) bear more than a passing resemblance to Logan’s own. Despite his suspicions about the girl’s origins, Logan resists helping at first, intent only in getting Xavier to safety. But after the sinister forces pursuing Laura lay siege to Xavier’s hiding place, Logan reluctantly agrees to escort the girl to a supposed safe haven in North Dakota where other such mutant children are said to be waiting.

Once this initial setup is out of the way, the film essentially becomes a dysfunctional family road movie, albeit one filled with copious amounts of blood. This is, after all, a movie about folks with large metal claws who frequently go into berserker rages, and the heavily armed people who will murder anyone who gets in the way of finding them. Parents be warned; as arteries are sliced, limbs are severed, and eyes are gouged, Logan more than earns its R-rating.

And yet, amidst all the carnage, the inter-generational conflicts that play out along the journey provide a surprising amount of humor and pathos. Jackman and Stewart have never been better in their roles, and the tension caused by the checkered history between the two characters is palatable. The movie very poignantly touches on the odd mixture of love and disappointment that can so often develop between parent and child. And as so often happens, the introduction of a ‘grandchild’ into the mix only further complicates the matter, causing everyone to reevaluate not only their relationships, but maybe even their purpose in life. For no small reason has the Church always maintained that family is the first school, and not just for the children.

It all makes for an unexpectedly touching movie. While there is plenty of action to keep longtime fans of the franchise happy, it is the film’s heart that will most likely linger in the mind as the credits roll. Logan may not be the celebratory send-off one might expect for the character Jackman has played over the past 17 years, but it is a satisfying one nonetheless.