Advice from St. Gregory on how to reject 3 temptations of the devil 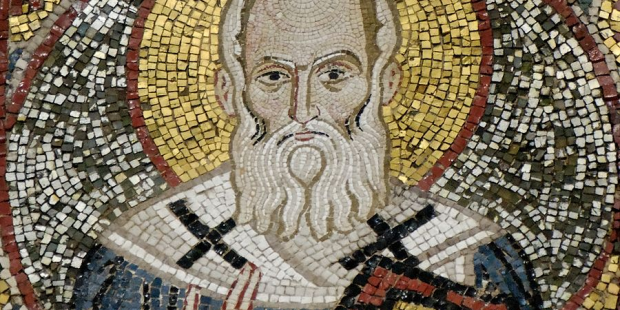 The devil will tempt you with at least three tricks: need, vanity, and ambition

As we head into our 40 days in the desert, here’s some advice from St. Gregory Nazianzen, lest the devil tempt us as he tempted Christ.

We have a secret weapon, in fact, and victory is already ours. It’s called Baptism.

If after Baptism the persecutor and tempter of the light assail you … you have the means to conquer him. Fear not the conflict; defend yourself with the Water; defend yourself with the Spirit, by which all the fiery darts of the wicked shall be quenched. It is Spirit, but that Spirit which rent the mountains. It is Water, but that which quenches fire.

If he assail you by your want (as he dared to assail Christ), and asks that stones should be made bread, do not be ignorant of his devices. Teach him what he has not learned. Defend yourself with the Word of life, Who is the Bread sent down from heaven, and giving life to the world.

If he plot against you with vain glory (as he did against Christ when he led Him up to the pinnacle of the temple and said to Him, Cast Yourself down as a proof of Your Godhead), be not overborne by elation. If you be taken by this he will not stop here. For he is insatiable, he grasps at every thing. He fawns upon you with fair pretenses, but he ends in evil; this is the manner of his fighting. …

If he wrestle against you to a fall through avarice, showing you all the Kingdoms at one instant and in the twinkling of an eye, as belonging to himself, and demand your worship, despise him as a beggar. Say to him relying on the Seal, “I am myself the Image of God; I have not yet been cast down from the heavenly Glory, as you were through your pride; I have put on Christ; I have been transformed into Christ by Baptism; worship thou me.”

Well do I know that he will depart, defeated and put to shame by this; as he did from Christ the first Light, so he will from those who are illumined by Christ.

Such blessings does the laver bestow on those who apprehend it; such is the rich feast which it provides for those who hunger aright.

From No. X of Gregory of Nazianzen’s Oration on Holy Baptism, preached at Constantinople on January 6, 381.

St. Gregory of Nazianzus (329-389), was the patriarch of Constantinople, a theologian and writer, considered the most talented orator of the Patristic era of the Church, trained in the classics and knowledgeable of philosophy.

The Orthodox Church, which has great esteem for Gregory, simply calls him, “The Theologian.” In the Catholic tradition, St. Gregory is recognized with the important title of Doctor of the Church.