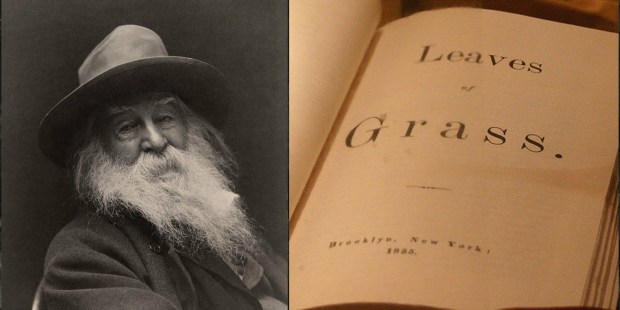 A long-lost novel by Walt Whitman has been discovered, and if the author of Leaves of Grass were still around today he wouldn’t be pleased.

The New York Times, reporting on the novel’s discovery, described it as “a quasi-Dickensian tale of an orphan’s adventures [that] features a villainous lawyer, virtuous Quakers, glad-handing politicians, a sultry Spanish dancer and more than a few unlikely plot twists and jarring narrative shifts.”

Zachary Turpin, a graduate student at the University of Houston, found the 36,000-word novel, entitled Life and Adventures of Jack Engle, after connecting characters mentioned in Whitman’s own notebooks to an anonymously published novel serialized by The Sunday Dispatch, a New York newspaper in 1852.

Turpin suspects the novel was something of a writer’s workshop for Whitman. He told the Times that Whitman’s notes reveal that he had considered writing his free verse Leaves of Grass, published three years later in 1855, in the form of a novel.

“You could see him asking, Should it be a novel? Or a play, with thousands of people onstage, chanting in unison?” Turpin said.

Alas, Whitman’s try at a novel seems to have been a flop, and the author was likely to have been pleased to remain anonymous. In fact, he felt quite strongly about it, as the Times reported:

“My serious wish,” he wrote in 1882, “were to have all those crude and boyish pieces quietly dropp’d in oblivion.” In 1891, when a critic was planning on republishing some of his early tales, he was blunt: “I should almost be tempted to shoot him if I had an opportunity.”

The complete novel is available to read at the Walt Whitman Quarterly Review.