Why some Catholics cause so much trouble 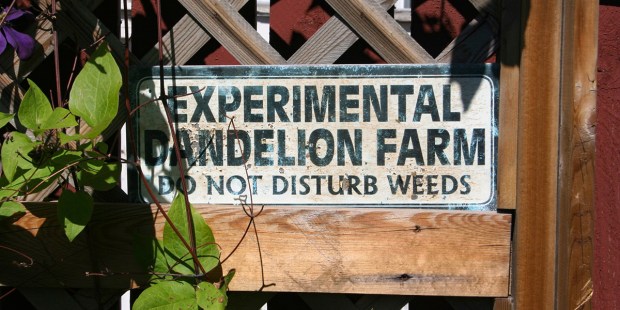 We all have a vision of what we want, and we believe it will be good for everyone, whether or not they want it.

On the urge to remake man and the costs thereof, an urge from which Catholics suffer as much as anyone. That urge explains much of the division between Catholics and why some people, priests and laity both, cause so much trouble.

The insight I take from the sociologist Zygmunt Bauman, whom I’ve quoted before. Modernity, he says in a book called Living on Borrowed Time, “was born under the sign of a new confidence: we can do it and (so) we will do it. We can remake the human condition into something better than it has been thus far.”

We absorb this idea without knowing it. The most willful reactionary you know, the guy who only goes out in a double-breasted suit, a cravat, and pince-nez on a ribbon, has in the back of his mind the belief that if only we did this or that, people would be ever so much better. Many people may toggle between that belief and the postmodern belief that we can’t really do anything about anything. We tend to be modern, though, when we control something, like a parish, or a family, or just a committee.

Bauman supplies a very good image for this belief. He calls it the “gardening stance.” He explains:

Armed with a vision of perfect harmony, gardeners set certain plants apart as weeds, as uninvited and unwelcome guests, destroyers of harmony, blots on the landscape. The implementation of a design, building the designed order, requires that weeds be uprooted and poisoned, so that useful and/or aesthetically pleasing plants may thrive and bloom, each on its own flowerbed or vegetable bed.

When you’re making a garden, he says, “the destruction of weeds is an act of creation. It is the uprooting, poisoning, or burning of the weeds that transforms the wilderness into order and harmony.”

We all have a vision of what we want, and we believe it will be good for everyone, whether or not they want it. The most excited “spirit of Vatican II” dissenter and the most ardent Latin Mass-only traditionalist think they know what the Church should look like for everyone. Those of us between the two poles often do so as well. If not for the whole Church, the small part of it we know. We’re gardeners with a captivating vision of the garden we might have.

Except for the weeds. You can’t make an omelet without breaking eggs and you can’t have a garden without pulling weeds. What is a weed is decided by the gardener’s vision. The most beautiful cultivated rose would be a weed if it grew in a bed intended for native wild flowers. Whatever it is, it must go.

You see the problem: The gardener loves his vision and knows he can make it real and everyone will love it — if only he can take out all the weeds. The weeds, they’re the enemy of the beautiful and the good. Yet they grow and they keep coming back. They act as if they have a better vision for his garden than he does. The rudeness. The impudence. The gardener begins to hate them with a perfect hatred.

You see too, I trust, the analogy. We have visions of perfection like the gardener’s. We see the weeds that keep our vision from being accomplished. We often know their names. Amazingly, they don’t even know they’re weeds. They act like flowers. Some, and this really shocks us, think they’re the gardener and try to take our place. For the sake of the beautiful garden that might be, the gardener that everyone will love (everyone but the weeds), we must uproot these destroyers of harmony and blots on the landscape.

I have felt that, I admit, as have a lot of people I know. Frustrated dreams easily tip into anger. Even friends can become weeds. Some good souls have not felt this, but they have almost certainly found themselves treated like weeds. This happens a lot in the Church, in service of some vision of “community” or “renewal” or “tradition” or “evangelization,” or a whole host of other ideals.

Perhaps that is why our Scripture and our Tradition don’t care much for such visions. God is the gardener and the vision is His. And what a vision. He seems to enjoy the wildest profusion of flowers, the more the better. He considers none of us a weed. To the extent He has asked us to help Him garden, He wants us to nurture, not to destroy. Jesus might well have said to us through St. Peter, not “Feed my sheep,” but “Tend my flowers.”